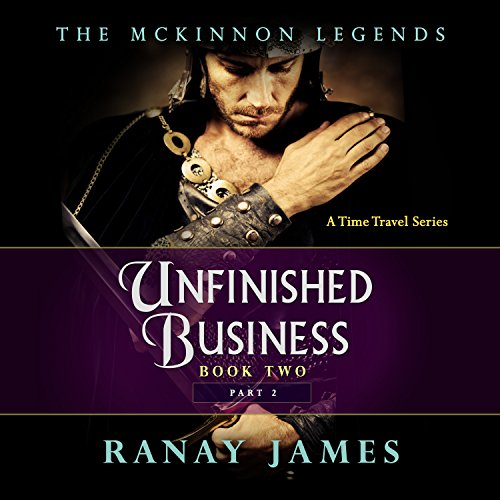 Connor Holden, earl of Featherstone, has it all: looks, money, and power. He is a man with a lot to lose.

Pride goes before a fall. We all know that to be a universal truth...and Connor is about to find out exactly how far from grace that fall will take him.

Part two of Unfinished Business finds Connor back in King Henry's service. Tucked inside King Louis XII's safe are the blueprints for modern war machines designed by master engineer Leonardo da Vinci. Conner is charged with the delicate and quite illegal task of stealing them back before the French monarch and his military advisers have the opportunity to produce those war machines, which would result in tipping the balance of power in the region.

Connor knows that in taking on this mission, he could lose his life. He doesn't care. Losing Reagan has left him feeling that there is not much left to live for...and even more to die for: king, country, and keeping her safe from the aggressors in a war that would certainly touch English soil should he fail in his mission.

But as long as he draws breath, there is hope that one day Reagan will return. He just has to survive to fight another day.

Will he be able to survive? The odds are against him. If he does survive, how can he find his way back to the one love of his life?

Pride and jealousy are his fatal flaws. Is true love enough to bridge the gap? If not, then Connor stands to lose far more than just money and power. He stands to lose his heart and his soul.

Please note that this is not a standalone novel but part of an ongoing series.