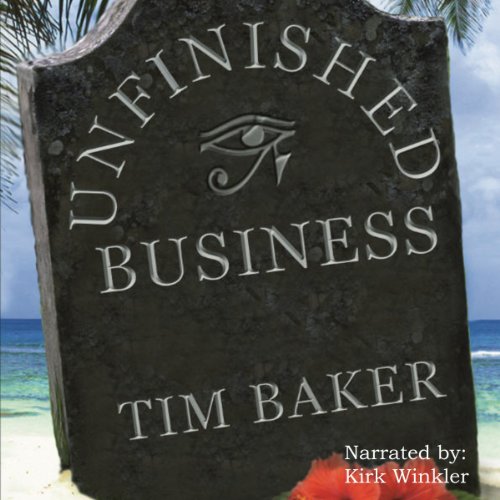 We all have things to do until we die. When you die, your "to-do" list gets cancelled. Unless your corpse is prepared for burial by Meg Hargrave. For 13 years, Meg has prepared corpses at the Peaceful Slumber Funeral Parlor. When she prepares the corpse of a World War II veteran, something extraordinary happens. She becomes aware of a task that had been weighing heavily on the man's mind and she feels compelled to finish it. Her next client is a woman killed in a car crash while driving to see her suicidal brother. Meg soon finds herself determined to give the brother the will to live.

Each new corpse brings a new mission and Meg powerless to stop it. It's a bizarre, nightmarish curse until Meg realizes that she is the last hope for these souls to rest in peace. Until she embalms the corpse of a sociopath... Detective Dave Steere is investigating night club owner Mike McMahon. When McMahon is murdered and the evidence points to Meg, Steere's gut tells him that something isn't right. Now he has to figure out if he's tracked down a murderer, a victim...or something he can't explain.

What listeners say about Unfinished Business

I enjoy a story which gets me thinking of life in general. Meg inherits the ability to help the dead resolve unfinished business. During this journey she meets a detective who assists with some of the issues presented to her. What got me thinking was the 'unresolved issues' and how we need to actually live life each day without leaving unfinished business. This is a light tale, not as heavy as my review might suggest! Some humor, some mystery - just a general feel-good story.
The editing was disappointing with some misread duplications not having been removed - easily fixable. Kirk Winkler did a good job though, narrating, but scores lower because of the problems with the editing (sorry Kirk!) overall, a lovely listen

What didn’t you like about Kirk O. Winkler’s performance?

I am so disappointed in the narrarator, he makes the story so hard to listen to, but the story is so intriguing I am suffering though the distraction of a voice that was not made for audiobooks, but maybe Motel 6 commercials instead. "We'll leave the light on for you" keeps repeating over and over in my head.

Could you see Unfinished Business being made into a movie or a TV series? Who should the stars be?

I would love to see this story made into a movie or a TV series.