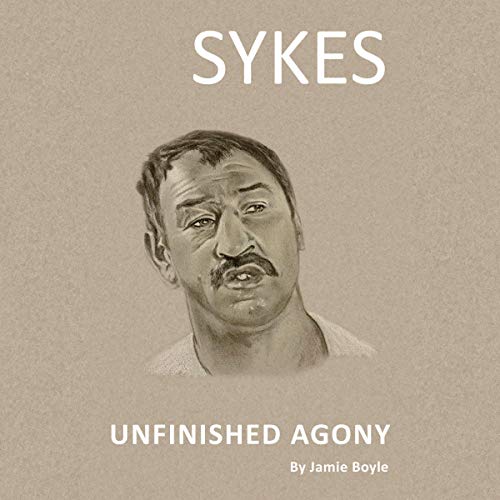 Paul Sykes, from Lupset, near Wakefield, died aged 60 in Pinderfields Hospital from pneumonia and cirrhosis of the liver. He was a man whose life might have been changed by success in the boxing ring, but despite contending for the British and Commonwealth Heavyweight Titles, he sank back into old habits. It heralded a return to the self-destructive course of his life.

By 1990, he had spent 21 out of 26 years in 18 prisons and even as recently as 2006 he was still coming to the attention of the law. His years in prison were not entirely wasted. He earned an Open University degree in Physical Sciences, and his book Sweet Agony, which was re-released in 2015, earned the Arthur Koestler prize for prison literature.

This audiobook is my journey to find out what happened to Paul Sykes between the years after his 1990 cult classic documentary Paul Sykes at Large aired on the First Tuesday programme and his eventual tragic demise in 2007. I’ve interviewed many people that knew Paul both personally and professionally and I have tried to achieve a balanced view of who he was and what he was about.

As someone who set out, just out of interest, to find out what happened to this character after the limelight had left him behind I’m satisfied that as well as many stories from his younger days I’ve managed to piece his last 17 years together.

This audiobook has caused a bit of controversy as it doesn’t shy away from the truth and it hasn’t always been easy to hear people’s points of view about Paul but I hope it gets across his huge personality both the good and bad.

It’s been a roller-coaster to say the least.

Rollercoaster of opinions off the man.

At times I disliked what he did but, at times I laughed my head off.

Whether good or bad, his name will be in folk law for many years to come.

Great book real enjoyed reading balanced views on this multilayered character and his colourful life , Jamie writes in a very accessible way and Craig brings it to life on Audible

Sad end to a eventful life.

The thing I like about this book is you hear both sides of the mans character, the witty intelligent msn and the sadistic evil bully, Paul sykes should of been sectioned early in his life and maybe proper medication would of helped.

Great book buy Jamie Boyle love he’s working and would highly recommend this book .Paul Sykes love him or hate you will always be talking about him