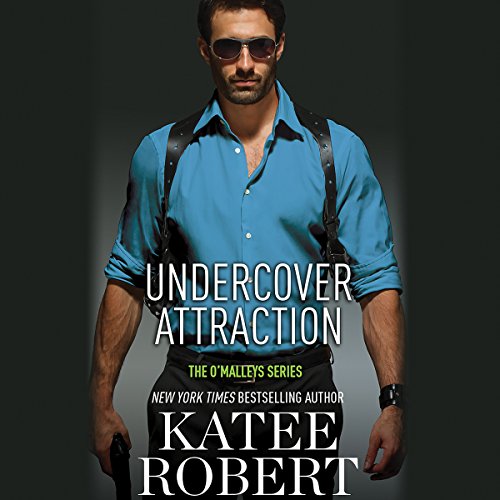 Scandal. Wealth. Power. Seduction. Welcome to the world of the O'Malleys.

Ex-cop Charlotte Finch used to think there was a clear line between right and wrong. Then her fellow officers betrayed her, and the world is no longer so black and white. Especially when it's Aiden O'Malley, one of the most dangerous men in Boston, who offers her a chance for justice. The only catch: She'll have to pretend to be his fiancée for his plan to work.

Aiden can't afford to let anyone see the man behind the mask. To run the O'Malley empire, he has to be cool and controlled at all times. But the moment he meets Charlie, they're playing with fire. Her slightest touch is enough to send him over the edge. At first their "engagement" was a way to eliminate his enemies. Now he'll do whatever it takes to keep her safe - even if he has to destroy his own family to do it.

"Robert combines strong chemistry, snappy plotting, and imperfect yet appealing characters.... This installment is easily readable as a standalone, and it's a worthy addition to a sexy series." ( Publishers Weekly)

What listeners say about Undercover Attraction

Very impressive with the narrator. This is my first time listening to Katee Robert. I hope to enjoy many more.

Katee Robert never disappoints. Her books are always so good. Her characters are vivid and imperfect and who are flawed, don't always say or do the right things, each fighting personal demons and trying to handle each others. And there is all so the family drama that isn't neatly tied up with a bow yet neat ending to the end of this series, I love the story, is has a bit of everything and a perfect combination of sexy, romantic, I like the audiobook but I wish this had also a male narration for Aiden. Highly recommended this.

Always for his "Bright Eyes"!

Every book has me wanting more. Aiden & Charlotte's book has been added to my fave's list. I'm so glad Charlotte North continues to narrate this series. She does fantastic with Boston accent & the men. I'm sooo looking forward to Keira's story next. It can't arrive soon enough. There was a lot of lead up in this book for Keira & Dmitri. Absolutely worth my credit! Now hurry up & publish book six!