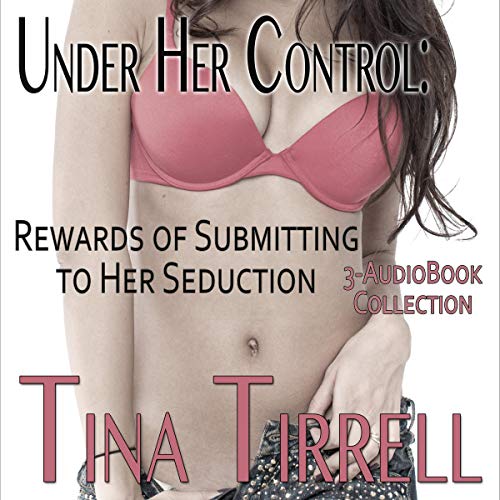 Under Her Control: Rewards of Submitting to Her Seduction

The sweetest stranger may be the ultimate sex goddess.

Step by gradual step, moment to exhilarating moment, he learns to worship.... His heated prayers are answered when she grants her new devotee the divine right to pleasure her - orally - and rewards his devotion with the ultimate fulfillment of his self-release.

The sight of her is so stimulating, the incidental discoveries so arousing - and they're all designed for a singular purpose she has in mind.

Forced to reveal the physical proof of what his mind dwells on, he's confronted with one final temptation: her request for him to fulfill her one desire that she's found his father can't.

It can't be cheating if there's no touching involved. Can it?

He continually fails to believe his friendly neighbor knows what her words, confessions, and descriptions due to him as she shares just what she does with her boyfriend behind closed doors and how she just can't help the effect she has on the opposite sex. Presumed innocence can be the most arousing temptation of all.

What listeners say about Under Her Control: Rewards of Submitting to Her Seduction