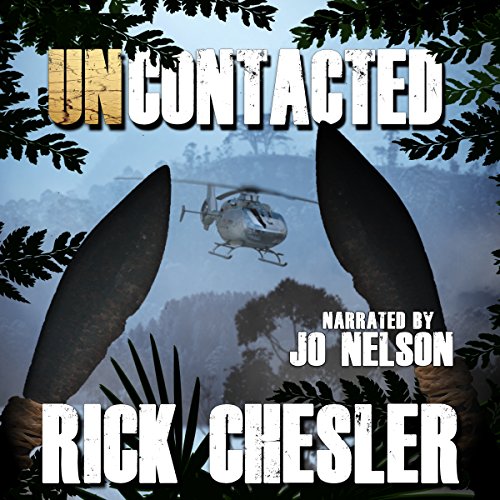 One guarded revelation that was never meant to be seen.

And a calamity about to be unleashed.

In the jungle cities of the Amazon, thousands of tribal descendants suddenly drop dead at the exact same moment for no apparent reason. Strange truths start to emerge that lead respected ecologist, Antonio Medina, into the deepest reaches of the rain forest, to a tribe that has seen virtually zero contact with the outside world.

On the other side of the planet, in the Indian Ocean, anthropologist Stel Foster is on a similar quest. When he learns of unlikely ties to the tribe in Brazil that his long-time professional rival, Antonio Medina, is investigating, he agrees to work together with the ecologist.

Antonio isn't sure he can trust Foster, but together they are forced to solve a perilous puzzle, with the most alarming piece being two halves of a strange artifact safeguarded by both tribes for thousands of years.

Even worse, a powerful secret society will stop at nothing to control the ultimate truth the artifact holds. With options running short and time even shorter, our comprehension of what it means to be human is about to shift forever.

What listeners say about Uncontacted

Mysterious deaths.
Two reclusive tribes at opposite ends of the world.
A mysterious artifact.
All this adds up to a great story with plenty of twists and turns.

The only thing that I was impressed by was the narrator’s ability to diversify the different voices. She did an excellent job with both male and female pitches. The story itself, however, didn’t really interest me at all. It just wasn’t my kind of story.

Disappointingly not good... I sincerely expected enjoyment following a reading of a short story/novella I read by the author done collaboratively w/ another, and I was fooled... it’s certainly an intriguing idea, and the setting/imagery is nicely done, but the story as a whole is tangibly below average... Awkward dialogue and no likable characters to speak of, and the speed/rapidity of learning, discovery and investigation stretched my suspension of disbelief to the breaking point... Then it totally jumps the shark w/ the whole Bilderberger and Matrix thing it tried to do...Throw in a herky jerky pace w/ contradictions and inconsistencies of character traits and plot points, and a very very very slow and whispery narrator and you have a book to be avoided...

A Blast of an Adventure

Finding an uncontacted civilization is almost unheard of. We’ve explored most of the inhabitable Earth, but every once in a blue moon you can be surprised. What if you found a tribe that would protect an unearthly tablet at all costs? What would you do?

Uncontacted was a blast to read and I enjoyed it from beginning to end. Chesler is able to bring a feeling of both thrill and unknown to this book which had me going late into the night. It reminded me of some of my favorite adventure books (and movies).

The characters were parts lovable and parts “what the…?” This kept me on my toes throughout making this a really enjoyable story in my book. The tribes, interaction with them, and then the actual technology that they were hiding had me floored. Chesler was able to write about things that I couldn’t imagine in a way that made it seem like this has already happened.

I won’t go too into the technology and what it held, but it was awesome. It felt like it was going to take a turn into being cheesy but it just skirted the line. The “visions” were also a really interesting touch. If you were holding a piece of… this, who knows what could happen?

Overall, Uncontacted was one of those perfectly sized books that you can finish in a day or two. The best part was that it kept me entertained throughout. There wasn’t a moment where I was thinking ‘come on, let’s go!’

This was my first audiobook by Jo Nelson and I thought she did a great job. For a book without a strong female protagonist, I thought that she did well. I didn’t notice or care that it was narrated by a female narrator (just like when a male narrator narrates an all-female cast). Sometimes it just works. In this case, I thought that Nelson brought something more to this book.

I was given a free copy of this book. That has not affected my review in any way. If you enjoyed my review, please vote for it! If you'd like to see more like please check out BriansBookBlog DOT com.

I loved this story. brilliantly narrated. I'm looking forward to listening to more books by this author and narrator.