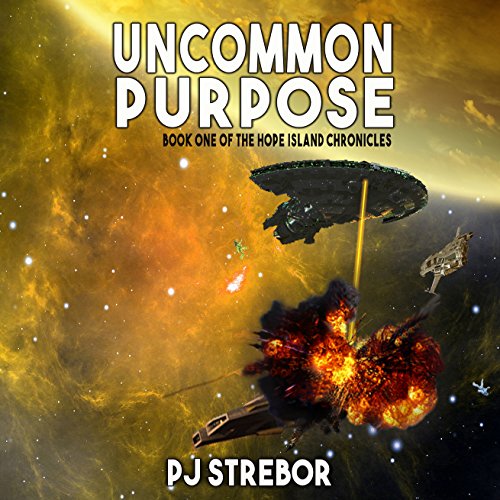 Following the bloody war between the Athenian Republic and the Pruessen Empire, an uneasy peace has settled over the region of space known as The Tunguska Fault.

The Telford family's independent trading vessel, the Belinda, is captured by Pruessen slavers and the crew forced into a life of brutal servitude. Their desperate bid for freedom succeeds but a tragic price is paid.

Years pass and Nathan Telford, fighting the nightmares of his past and yearning for revenge, joins the Athenian Navy. His first posting is aboard the warship Truculent, patrolling the northern quarantine zone beyond which lurks the Empire.

Answering a distress call from a beleaguered freighter, the routine mission becomes a desperate fight for survival. The Pruessans are once again testing the defenses of the Republic and this time they have technology far in advance of the last war.

It is left to Nathan, three untried middies, and a disgruntled petty officer to try and avert a looming disaster.

With their high-tech weapons rendered useless and facing overwhelming odds, Nathan risks everything on a brave, hastily conceived gamble.

What does Keith Michaelson bring to the story that you wouldn’t experience if you just read the book?

He really brought the story to life.

This book is really a 4.5. I wish we could do half ratings. Love books that can bring out all the emotions while including tons of action. I received this audiobook for free through Audiobook Boom for my unbiased review.

Wow just wow! Nicely done. Way to go on the why the main character is so driven and doing it in such a manner as to drive it home but refrain from being too graphic and leave some of it to the readers imagination. I look forward to listening to more of this series and any other books.

If you could sum up Uncommon Purpose in three words, what would they be?

What was one of the most memorable moments of Uncommon Purpose?

Have you listened to any of Keith Michaelson’s other performances before? How does this one compare?

Yes, Keith did a wonderful job of maintaining a balance throughout the narration - he managed to match and evoke the emotional content of each scene while continuing to engage the listener

Wanted to listen straight through!

This story MOVES! This isn't like a lot of space themed operas where everything is on a single ship. They are space battles, colonies, opposing forces all vying for control, and young Nathan Telford, the last of his family, navigating currents of hate and forces he can't control.

I'm looking forward to some of the forces introduced but not fully developed coming to fruition in the next book! Great concepts with some mystery that blends a bit of "magic" into what feels, at first, like a traditional space journey. Great universe!

Fantastic. One of the really good SF/military /fantasy books. The plot is really good and well performed by Keith Michaelson. P j Strebor will be one favourite authors in my list. The protagonist is wonderful. He has leadership qualities and allies/friends who would follow him. He has gone through a lot of trauma and hardship from a young age. The first book shows his growing up and his determination in avenging his family. I am looking forward to book two. I hope Mr Strebor will publish book three ASAP.

Would you consider the audio edition of Uncommon Purpose to be better than the print version?

Nathan Telford, for sure. When we meet him he's young, brave and impressionable, and as he goes through the crises which begin to define his character we get to see not only the hardness in him which he has needed to cultivate to survive, but also his softer, deeper side. He's a well-rounded, believable character and I'm looking forward to continuing his journey is the second book.

Keith did a wonderful job of maintaining a balance throughout the narration - he managed to match and evoke the emotional content of each scene while continuing to engage the listener, and I'm looking forward to listening to more of his narration.

After a young man witnesses the destruction of his life, he focuses on building himself into the kind of person who will be able to pursue the revenge he seeks.

Good mix of on and off world action. I suspect the author has previous military experience. Felt very genuine but not overly technical. I couldn't help feeling very in tune with the characters. Not sure if it was the writing or the outstanding narration. Probably a bit of both. Really hope the next book in the series is on par with this. Military sci-fi fans will not be disappointed. Coming of age fans will not be disappointed. Great escape from the daily grind.

Def. Good stuff, bro. No doubt. Started out well, ended on a high, waiting for next book.

What was one of the most memorable moments of Uncommon Purpose?

(Mild spoilers) The time Nathan had growing up on the "ranch" or whatever were actually some of my more favorite parts. Felt very real, and it was cool to see time on a planet for a good part of the book rather than only in space.

Which character – as performed by Keith Michaelson – was your favorite?

I did laugh at several points. That's always a good thing!

You might think from the cover that this book is about big battles in space, ship against ship. There definitely is some of that, but most of the action is closer in, more intimate. Hand to hand. Boarding parties, raiding. Very fun stuff, bro. Glad I took the chance on this one.

I really liked this book. Held my attention well. The story was easy to get into. I recommend! I enjoyed this book. Story was well written and well red. I'd like to see more from this author. "This audiobook was provided by the author, narrator, or publisher at no cost in exchange for an unbiased review courtesy of AudiobookBoom dot com."

Worth your time - really good story

Revenge, redemption, secrets, guilt, family honor, hate and love, along with action, suspense, good vs evil, space battles and so much more all woven into a pretty darn good story.

You can tell the story was well thought out and is well written. While I enjoyed the story overall there was just something missing for me. At the same time I would definitely read the next installment.

Large cast full of a variety of characters, which in the beginning was a little confusing.

You can't help but love Nathan considering his age when the story begins and his maturing during the story. At the same time a little more personal back round on the Nathan and the major characters would have been nice. What Nathan went through is basically just alluded to, it doesn't have to be graphic but scenes into his life while he was a slave or on the planet or in the hands of the Dr. would have helped develop his character more.

Nathan has an extra sense that he calls "prep" . What is it? Is it from his immunity to the disease? From his time on the plague planet?
The reference to times at the beginning of each chapter meant nothing to me, it
would have been better if it had given the date and then said 3 years later, 4 years later etc.

Keith Michaelson did an fantastic job with the narration. Nice pleasant voice. Even pacing in the narration. There were so many characters and he conveyed a fantastic voice for each one. As well as the emotions of the characters. Well done.

This audiobook was provided by the author, narrator or publisher at no cost in exchange for an unbiased review courtesy of AudiobookBoom

Great start to the series...

Would you consider the audio edition of Uncommon Purpose to be better than the print version?

What does Keith Michaelson bring to the story that you wouldn’t experience if you had only read the book?

Keith Michaelson brought the characters to life. and I recognised all his voices when they came into the story.

Yes, when Nathan let it all go towards the end.

Where does Uncommon Purpose rank among all the audiobooks you’ve listened to so far?

I listen to, and read, a lot of science fiction books and would rate Uncommon Purpose amongst the top twenty percent of books in this genre. The reader grows up with young Nathan, the main protagonist, feeling his pain, his achievements and fully understanding his desire for revenge. He came from an independent space trading family, which lived and worked together on the ship, Belinda. Family was everything. When still a child, they were attacked by a Preussen vessel and Nathan, together with his entire family, was captured, brutalised and enslaved. Many died but, after years of subjugation, the survivors managed to escape only to die almost at once of a plague originally seeded by that same Empire Nathan was left alone, a young teenager with vengeance in his heart, the only one able to uphold his family's honour.He does not have an easy time as he trains to fulfil his self appointed quest.

What does Keith Michaelson bring to the story that you wouldn’t experience if you had only read the book?

The narrator was, mostly, excellent in his reading, especially dialogue. There are a lot of characters encountered and, although not everyone had their own distinctive 'voice' it was always clear who was speaking. However, I disliked the rather gruff introduction to each new chapter, especially at the commencement of the book;, so much so that when I first started to listen, I doubted that I would be able to continue through the full twelve and a half hours. Fortunately, the story line was so intriguing that I decided to continue with it and found that this aspect of the narration only occurred intermittently. It is for this reason alone that I have reduced my rating to four stars overall.

I can genuinely recommend this book. It has excitement, frequent detailed fight scenes that do not become too drawn out and tedious, the depth of characterisation is good - as previously mentioned, the reader actually grows up with Nathan - ,and the unexpected is always possible. There are sparks of humour, too, Plus there is ongoing mystery: how did Nathan survive when his family died, and what is the source of his strong intuition? This alone will be sufficient to make me read the continuation of his story.I received a free copy of this Audiobook from Garden Media, via Audiobook Boom. Thank you. The thoughts expressed in this review are entirely my own.