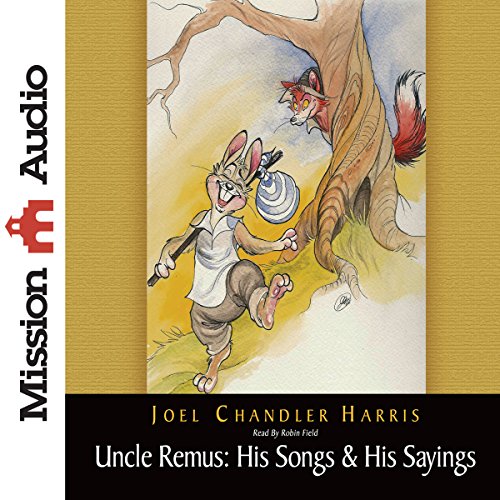 Working at a plantation in his youth, Joel Chandler Harris found that much of his shyness disappeared in the slave QTLYters, and his background as the illegitimate son of an Irish immigrant helped fuse a close bond with the slaves. The language of his new friends and the African-American animal tales they shared later became the inspiration for Joel’s beloved Uncle Remus stories.

When Harris recorded the many Brer Rabbit stories from the African-American oral tradition, little did he know that it would revolutionize children’s literature. As an adult, Harris committed to healing post-Civil War America, stressing regional and racial reconciliation during and after the Reconstruction era.

What listeners say about Uncle Remus

Great Book and Piece of History

I read this book because I was a fan of Song Of the South and Splash Mountain. It is really interesting to see the roots of these adaptations and how they evolved from the original. It is hard to understand, and gets even harder the deeper you go into the book. Also uses inappropriate language such as “The N Word” because it was not offensive back then. I would definitely recommend it to any Disney Fan (Or tales of the Okeeponokee from six flags fan)

Would you try another book from Joel Chandler Harris and/or Robin Field?

This is neither the original Uncle Remus nor the Joel Chandler version. I am not sure what version it is, but it has some very different tellings of the Uncle Remus stories.

Not a PC Telling

I grew up reading and listening to my mother reading Uncle Remus. It was a pleasure to hear the stories again. BUT... I was surprised to learn how my ear has been trained to the use of the "N" word and that it surprised me. I would suggest that a parent listen to the stories before letting their child hear them ... then explain that some racial words are no longer used although they still appear in older literature. In no way do I suggest that these tales be "cleaned up."
Enjoy the old stories as I did.

I had know knowledge of this book or author and was surprised by its outrageous racist stereotypes. The language is well written and it has been well read however as you go deeper into the book the racism becomes more and more apparent. In it's time it may have be viewed differently. Not suitable for children.