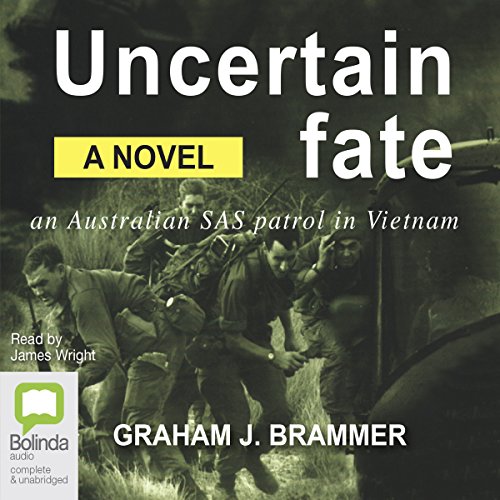 The gripping story of an Australian SAS patrol in Vietnam, based upon real events.

The slight movement beneath the bamboo toward the creek distracted Dobel from his meagre meal of biscuits and water. At first he was unsure what it was. As the shadow came closer, it materialised into the unmistakable form of an NVA soldier moving from the creek toward the area of the LUP occupied by Collier and the wounded Wilkins. The enemy moved silently, an AK-47 held directly in front of his body, ready for action. In an instant, Dobel noted the soldier wore no hat and his grey, khaki-green uniform was dark with perspiration. He wore standard NVA canvas boots and chest webbing, and a small rice sack hung from the left side of his belt.

Fear gripped Gary Dobel. He felt the blood drain from his body and begin to pound in his temples. The back of his throat was dry in spite of the long drink of water he had just taken. A huge knot of fear built quickly in his stomach, and his body began to tremble slightly.... His right hand reached cautiously for the pistol grip of his M16.

From the moment the five-man SAS patrol begins its behind-the-scenes reconnaissance mission, there is tension in the thick jungle air - it would not be an uneventful patrol. By the time they are extracted under fire by helicopter five days later, their skills and teamwork have been tested again and again. This is the gripping story of an Australian SAS patrol in Vietnam.

What listeners say about Uncertain Fate