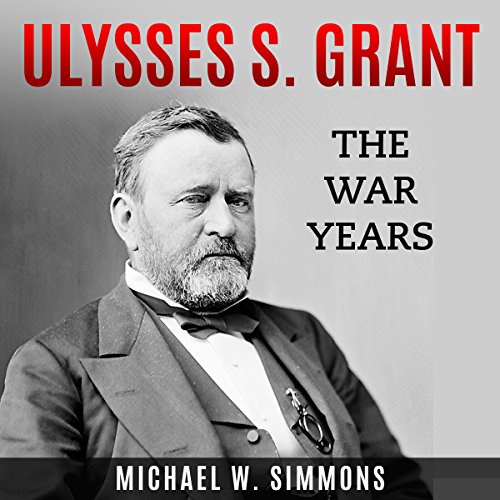 Apart from Abraham Lincoln the most famous name of the Civil War is undoubtedly that of Ulysses S. Grant. He was the first Lieutenant General created by the American army since George Washington. After the war, he was the only president between Lincoln and Woodrow Wilson to be elected to two successive terms in office. His legacy as a military strategist is unparalleled to this day: American victory in the first and second World Wars was achieved by upholding the strategic doctrine of overwhelming force that Grant established in his relentless pursuit of Robert E. Lee during the Overland campaign.

In this book, which focuses exclusively on Grant's military career, you will hear about the young infantry officer and quartermaster who served in the Mexican-American War under Zachary Taylor, whose common-sense approach to leadership would serve as a role model for Grant's own command style.

You will also hear the highlights of every major battle Grant fought during the Civil War, including his great victories at Forts Henry and Donelson, Shiloh, and Chattanooga, his near disastrous failure at Cold Harbor, and at last the long campaign through a Wilderness and beyond that ended in Lee's surrender at Appomattox in 1865.

What listeners say about Ulysses S. Grant: The War Years