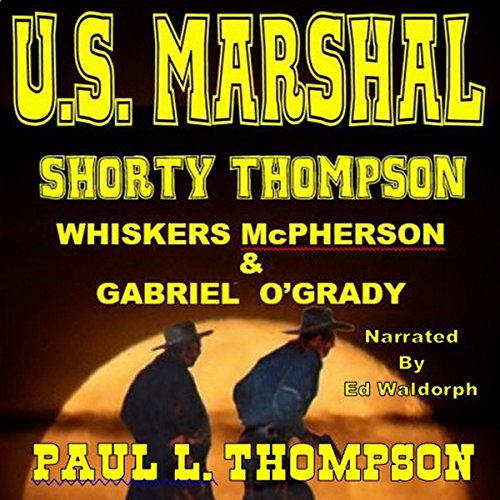 Mackland McPherson, a.k.a. Whiskers McPherson, headed west to the Rocky Mountains. Set upon by road agents twice before getting to the Mississippi River, he realized he was a greenhorn and needed a rifle and pistol to survive.

Heading west across Kansas, for the first time in his life, he found what real fear was. Indians kept him hunkered down in a buffalo wallow for days before cowboys rode up and saved his life. Instead of letting him ride on to certain death, the ranch these cowboys worked for would not let him go on west until he learned everything they knew about surviving.

He did learn and became one of the last fur-trapping mountain men in the Sangre de Cristo Range of northern New Mexico and southern Colorado.

Gabriel O'Grady was the son of the very wealthy Henry O'Grady. This young man could not see himself behind a desk, leading a dull life forever. No, he wanted adventure and found it out west, working as a cowboy on a ranch in the wilds of the New Mexico Territory. He knew his boss was the ex-sheriff of Taos County, but did not know he also ran the biggest cutthroat gang of outlaw bank robbers in New Mexico.

As these men live their lives, McPherson finds love with a beautiful young widow woman whose 12-year-old son is as smart as any grown man, and a darn good fishing buddy.

Gabe goes all the way back to Kansas City to fetch his dead boss's daughter. This beautiful city girl will become the love of his life.