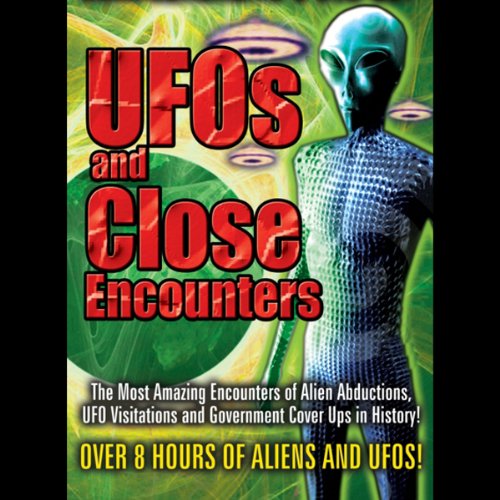 Aliens and The Scalpel by Dr Roger Leir
Discover the truth about Alien Implants. Dr. Leir has acted as Chief of Podiatry in many Southern California Hospitals. He has headed two surgical teams that have removed several suspected alien implants from over 12 separate individuals.

The Walton Story by Travis Walton
Author of the Paramount picture Fire in the sky gives us a unique insight into the Walton Story. Travis Walton relates in his own words the best documented account of alien-UFO abduction yet recorded.

The Billy Meier Case with Michael Horn
Michael Horn has been researching the Billy Meier UFO Contacts for over 25 years and is now the authorized representative for the book on the Meier case, And Yet They Fly. Michael has concluded that Meier’s credibility is unequaled by any other source, past or present.

Ancient Archeology with Kathleen Andersen
Kathleen is a freelance writer living in Seattle, Washington. In this program she gives a lecture on The Myth and Mystery of Planet X. Topics include how the Sumerian culture suddenly sprang seemingly from nowhere in Mesopotamia, how we learned from them the tale of the flood, of Gods who lived in the sky with a far advanced knowledge of cosmology and the wisdom that they brought us.

What listeners say about UFOs and Close Encounters

Poor selection. No introduction. Only taped recorded testimony. There is a hideous echo too. There is no text to bridge interviews. Tape quality ranks from abysmal to poor. (Note: I have only listened to 40 minutes but it was such an effort with the audio quality that I got a bad headache.) With so many other excellent audible offerings, keep your wallet closed on this one.

I thought it was very bad. very very bad. I will not be mean about it. but did I mention how bad it was\\

I thought it was very bad. very very bad. I will not be mean about it. but did I mention how bad it was\\