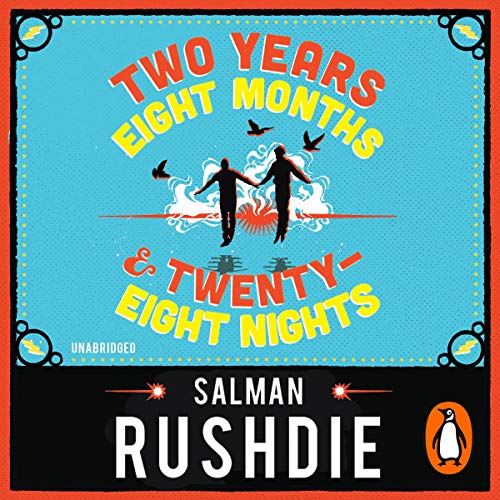 From one of the greatest writers of our time: a spellbinding, entertaining, wildly imaginative novel which blends history and myth with tremendous philosophical depth. A masterful, mesmerising modern tale about worlds dangerously colliding and the monsters that are unleashed when reason recedes and a beautiful testament to the power of love and humanity in chaotic times.

Inspired by 2,000 years of storytelling yet rooted in the concerns of our present moment, this is a spectacular achievement - both very funny and terrifying. It is narrated by our descendants 1,000 years hence, looking back on 'The War of the Worlds' that began with 'the time of the strangenesses': a simple gardener begins to levitate; a baby is born with the ability to detect corruption in people; the ghosts of two long-dead philosophers begin arguing once more; and storms pummel New York so hard that a crack appears in the universe, letting in the destructive djinns of myth. Nothing less than the survival of our world is at stake. Only one, a djinn princess who centuries before had learnt to love humankind, resolves to help us: in the face of dynastic intrigue, she raises an army composed of her semimagical great-great-grandchildren - a small motley crew of endearing characters who come together to save the world in a battle waged for 1,001 nights - or, to be precise, two years, eight months, and 28 nights.

An oblique view of the world

What did you like most about Two Years Eight Months and Twenty-Eight Nights?

I loved the way that Salman Rushie uses the format of a fantasy story in almost fable-like fashion to hold a mirror up to our world today.

Matching the fantasy to today's reality

As the story is quite complex and there are many characters with curious names, it is worth, if not listening in one scene, at least to listen as continuously as possible.

I couldn't finish this title. felt self indulgent the naration made it hard to get involved with the story

The love child of One hundred years of solitude and The Master and Margarita. Not my genre of preference, but a fun story well told.

I love fairy tales and magic and novels that deal with the difficult questions in life and with the even harder attempts at an answer. Here both kinds of novel are combined. A bit confusing at times, but with so many great passages that I had no trouble sticking with it.