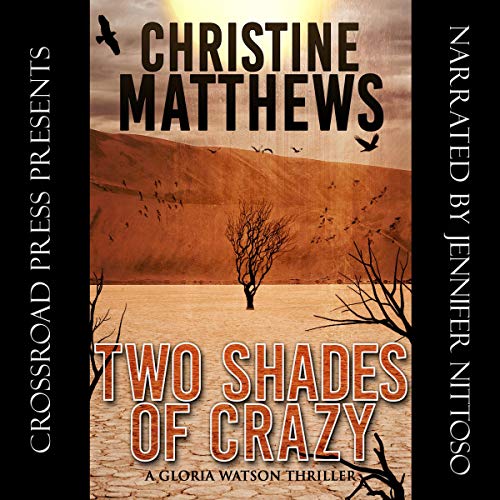 Gloria Watson, an experienced private investigator, read somewhere that every seven years a life should be rebooted. Inspired by that thought, she moves from Chicago to Laughlin, Nevada. After setting her new office up, she meets with her first client.

Wyatt Burns had dated a woman now convicted of murder, but he knows she’s innocent because he’s been stalking her for months. In fact, he was looking through a window and witnessed the crime. He’s come to hire Gloria to prove the woman’s innocence, but hopes she will be able to keep him from being involved.

As Gloria gets deeper and deeper into her investigation she discovers there is much more going on than she could ever have bargained for. The case leads her to another murder, and puts her own life in danger, as well.

What listeners say about Two Shades of Crazy: A Gloria Watson Thriller

I usually select titles that run at least 8 hours. I tried this short
book and enjoyed it. it is sur -
prising how many twists an author can work a story. Fun book