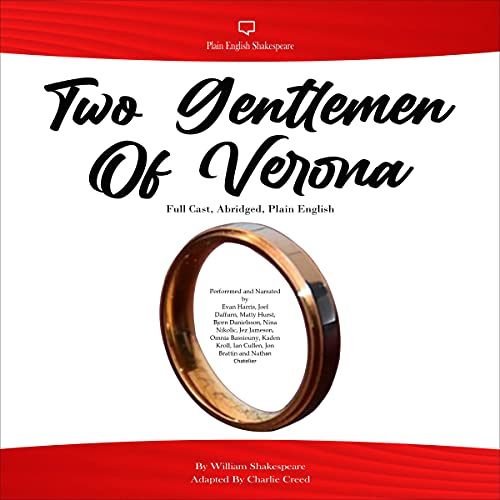 This production is abridged in plain English, producing a condensed version of the play without the complexity of Shakespeare's sometimes obtuse language. Though a comedy, the play focuses on the themes of love and friendship and the conflict between them.

This abridged theatrical production lasts around 20 minutes. Many consider the Two Gentlemen of Verona to be among Shakespeare's weaker works. It draws on the Spanish romance The Seven Books of the Diana and the work of Thomas Elyot, Arthur Brooke, and John Lyly.

What listeners say about Two Gentlemen of Verona