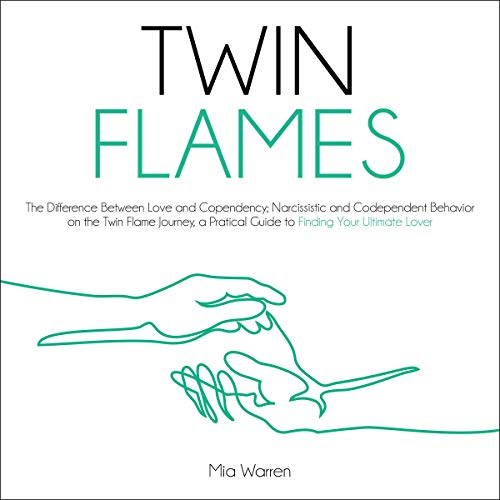 According to Plato, two people were once joined together, experiencing true and complete love as one soul until they were split apart. So, now humans are just half of one soul, eternally seeking their other half.

If you turn to the Bible, there’s the story of Adam and Eve, where Adam’s body was literally split to create Eve.

I don’t believe we’re each wandering around with half a soul or mysteriously missing ribs, though I do believe these stories were maybe penned to document a truth mankind has forgotten. I also completely believe our destiny can be to find our twin soul. Is this everyone’s destiny?

In this way, each twin is wonderfully complete and made of exactly the same stuff, and each soul is also made, according to the Bible itself, with pure love.

Over the decades, several scientists have attempted to measure the human body at the moment before death and the moment just after death, and all have found that the weight instantly drops by roughly half an ounce. Does this prove the existence of the soul?

What listeners say about Twin Flames

Finding your other half to make yourself whole. I continued to read and it is about loving yourself enough to be happy and find something your passionate about.

Is there really something called a soulmate or is it just a person that enjoys some of the same things you do. You will learn from this book that you have to learn to love yourself first before you can find the person you will love forever.

I have heard all my life that you have a twin somewhere and I believe that but never knew about the twin flame. This is a person that sparks a sense of joy, but doesn't have to be romantically involved .

I continued to read and it is about loving yourself enough to be happy and find something your passionate about.

his is an amazing book to listen in fact I will be listening it again.This book has really opened up my mind and know it will help others so much too.

I really liked the topic of "The Power of Decision" in this book because as I never thought about it the way the author explains it. The word "decision" literally means to "cut off" which is the total opposite of the state of mind of "keeping my options open".

I continued to read and it is about loving yourself enough to be happy and find something your passionate about.I have heard all my life that you have a twin somewhere and I believe that but never knew about the twin flame.

I think this is a great book to read when one has gone through a break up and need motivation to keep looking for true love. This book is well rounded and inspirational.

There's belief that there's someone out there in the world who has an identical soul as you. This person does not need to be romantic with you, rather someone who understands you before you even meet, like kindred spirits.

Learning more about the dark night !

The Dark Night of the Soul. It is very Important to find a friend or confidante who understands and whom you can talk to.

So much new age crap!!

I recommend if you need a final cord cutting with new age theories period and want to quit the whole twin flame thing from exhaustion of tolerating situation after situation. All of the hooey inside!If all of the self help inside were applied towards say an addiction like cigarettes - it couldn't cure cancer. It is like treating the common cold. God Bless you, author..I can now get on with my life. It is my opinion that this stuff just offers women and men with another distraction. What may be needed in this end time that could help love relationships is an end to online porn, adult entertainment, prostitution, social media and dating and hookup apps. We are living in a truly crazy times devoid of real connection and it is getting worse. Men are spoiled and women are either wailing, competing, enabling or pandering. Why deny this hiding behind ego or taking up airy fairy interests?
May as well find escape in romance novels and leave men to screw each other and screw each other over.

This is an amazing book to listen in fact I will be listening it again!! The book felt like it was explained for me resonated with me so much. I can even see that will help people that are not twin flames also but are looking to find there way home.This book has really opened up my mind and know it will help others so much too....