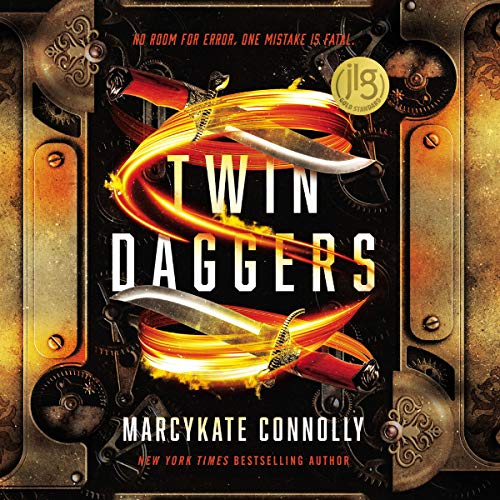 In this first book of a YA fantasy duology, magic-wielding spies and twin sisters Aissa and Zandria want nothing more than to take revenge on the society that conquered their people...but for Aissa, completing her mission could mean choosing between Zandria’s freedom and saving the life of a sworn enemy who has stolen her heart.

Aissa’s life is a web of carefully constructed lies. By day, she and her sister, Zandra, play the role of normal young Technocrats eager to fulfill the duties of their new apprenticeships. By night, they work for the Magi’s spy organization, which seeks to overthrow the Technocrats who subjugated their people. Soon Aissa is given her greatest mission: find and kidnap the heir to the Technocrat throne, who is rumored to be one of the Heartless - a person born without a working heart who survives via a mechanical replacement - and has been hidden since birth.

Aissa has never been one to turn down an assignment, even if the hunt is complicated by a kind Technocrat researcher who is determined to find a cure for the Heartless. But when Zandria is captured, Aissa will do anything to get her sister back. Even if it means abandoning all other loyalties...and risking everything by trusting the enemy.

What listeners say about Twin Daggers