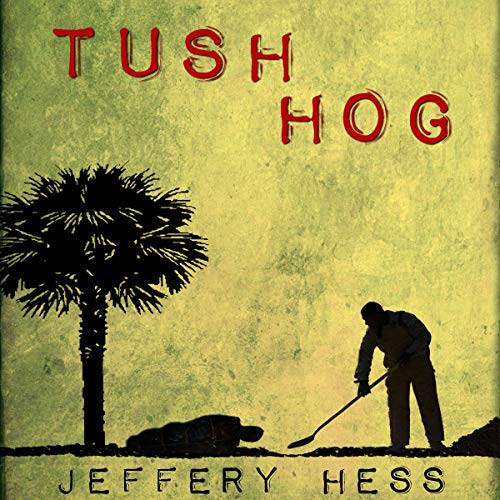 It’s 1981 in Fort Myers, Florida. Scotland Ross hasn’t given up drinking, but he has sworn off of trouble.

At a waterside tavern the day the pope got shot, Scotland drank to cloud the memories of his dead infant son on an anniversary such as this. Distraction comes when the bar owner needs his help.

Despite his vow of living within the law, Scotland soon finds himself tangling with a redneck clan, a Cuban gang, a connected crew from New York, and the very friend he set out to help. Crimes of violence, drugs, and theft pale in comparison to the failure of self-restraint in this humid town on the Gulf coast.

When Scotland’s activities involve his girlfriend, he kicks himself into a higher gear. He didn’t know until it was too late that she’d been involved long before they even met. He’s not fully prepared for the ramifications of that, but there is no time to waste.

Can Scotland save his girlfriend, clear his name, get justice for being screwed over, and stay out of jail?

Tushhog is dark noir set in the state of sunshine. A story of crime and compulsion and the depths to which people rise or sink.

What listeners say about Tushhog