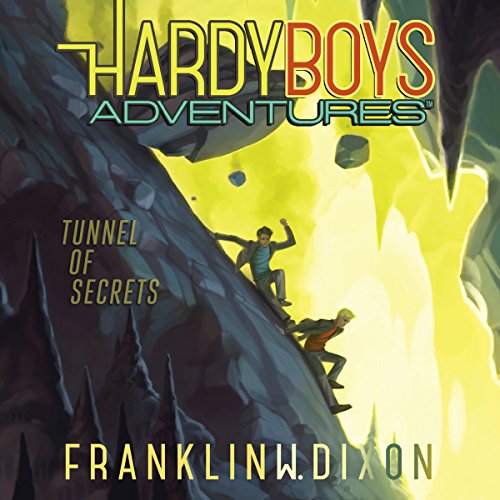 When a sinkhole opens up and swallows one of Bayport's historic statues, Frank and Joe suspect something - or someone - shady is at play. They jump at the chance to investigate: Joe as a member of an urban exploration club and Frank as a photographer for the school paper. But in the thick of their search, the boys stumble upon an entire underground city that's been abandoned for years. Now the city is home to a cultish band of criminals who plan to take over Bayport. Frank and Joe are determined to catch the crooks...but after being barreled down by a boulder and nearly squashed by a runaway train, they have to wonder: Are they in over their heads?

Reader Is A Bit Cringy

The reader goes a little over the top sometimes with voice inflections. For kids it's totally fine(target audience) but for nostalgic adults, he's just okay in my opinion. Story wise, it's a Hardy Boys book. It's fun, simple, and easy to follow with a nice duration for short road trips.

Don't miss this one it's the best! I'm watching you...

It was relay intense