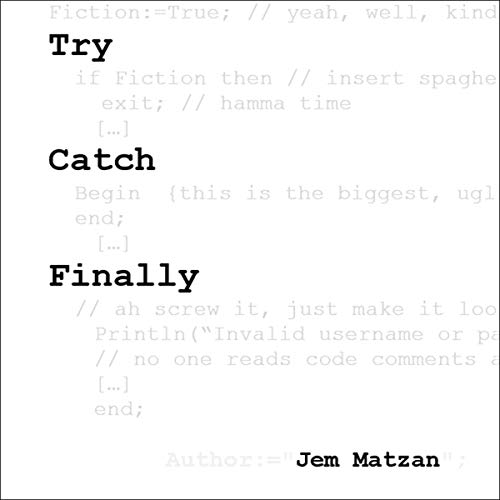 With a massive layoff imminent at the giant, dysfunctional IT company he's worked for since he graduated college, a systems analyst named Halleck lines up an awesome new job at a tech startup. All he has to do is show up on "Chainsaw Friday," get his layoff papers, and chill out until Monday. But the company doesn't lay him off, and the non-compete agreement he signed a decade ago prevents him from quitting. If he wants that cool new job, he's going to have to find a way to get laid-off. Using every ounce of Chainsaw Friday spirit he can muster, Hal sets out to prove his worthlessness to the corporate overlords who spared him.

Was shocked to learn the author also narrated the story. What a performance! The story itself was also very entertaining.

Some knowledge about the corporate world maybe in the real world. it is very entertaining, This is my first book by the author/ narrator.