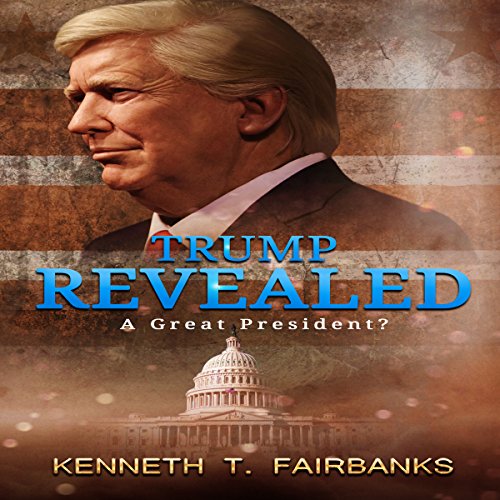 So many people were sure that Donald John Trump’s participation in the 2016 presidential election was just a publicity stunt, a joke, an effort to gain attention. Many were certain that surely this man, who has no experience in politics, wouldn’t follow through and pursue the country’s highest political office.

Donald Trump had an exciting campaign for the presidency: from his investigation and instigating of opponent Hillary Clinton to his seemingly never-ending promises for success after the election.

Trump Revealed: A Great President? evaluates the Trump presidency from the announcement of his candidacy to October 2017 (almost through to the end of the first year of his presidency). Including quotes and tweets from President Donald Trump, while taking a neutral standpoint to clearly display a brief biography of Donald Trump and his political goals, the information contained within this audiobook leaves it up for you to decide the following:

What listeners say about Trump Revealed: A Great President?

Very shallow reporting, writer seems ill informed & compared to other books on Trump it is not recommended.