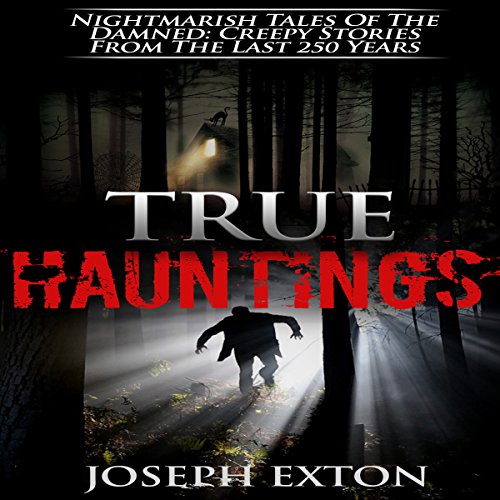 True Hauntings: Nightmarish Tales of the Damned: Creepy Stories from the Last 250 Years

True Hauntings: Nightmarish Tales of the Damned: Creepy Stories from the Last 250 Years

A number of the tales retold here have been used to inspire some of the most famous horror stories we know, while others few people have ever heard. This book is full of the stories of the damned, stories that could easily be forgotten if we aren't careful to keep them alive. And stories that are going to keep you awake at night.

This book is will prove to you that hauntings have been alive and well throughout the ages, and there are some creatures in times past that are far more terrifying than anything you can find on YouTube today.

What listeners say about True Hauntings: Nightmarish Tales of the Damned: Creepy Stories from the Last 250 Years

Best horror in a while!

I made the mistake of listening to this audiobook at work! It was one of the scariest, less expensive ones so far! I am now looking forward to more from this author.