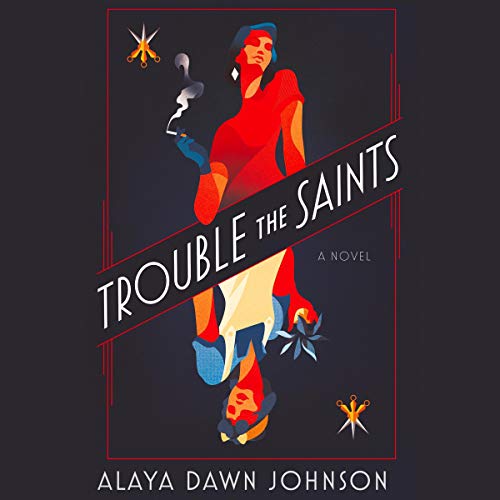 "Narrators Shayna Small and Neil Shah transport listeners to 1940s New York in this dark fantasy set against a backdrop of racial tension and brewing war.... Both narrators also excel at a range of accents, making this audiobook a fully immersive experience." (AudioFile Magazine)

The dangerous magic of The Night Circus meets the powerful historical exploration of The Underground Railroad in Alaya Dawn Johnson's timely and unsettling novel, set against the darkly glamorous backdrop of New York City, where an assassin falls in love and tries to change her fate at the dawn of World War II.

Amid the whir of city life, a young woman from Harlem is drawn into the glittering underworld of Manhattan, where she’s hired to use her knives to strike fear among its most dangerous denizens.

Ten years later, Phyllis LeBlanc has given up everything - not just her own past, and Dev, the man she loved, but even her own dreams.

Still, the ghosts from her past are always by her side - and history has appeared on her doorstep to threaten the people she keeps in her heart. And so Phyllis will have to make a harrowing choice, before it’s too late - is there ever enough blood in the world to wash clean generations of injustice?

Trouble the Saints is a dazzling, daring novel - a magical love story, a compelling exposure of racial fault lines - and an altogether brilliant and deeply American saga.

What listeners say about Trouble the Saints

I found it a bit hard to follow with all the jumps between present, and before. BUT the voice acting was exceptional. AND, at the end of the day it's a beautiful love story with some very lovely prose.
I found the story a bit difficult to get through, but some of the verbiage and the idea of the power of love made it worth the listen. For me at least.
Think maybe because I grew up on old black and white movie dialog and voices.