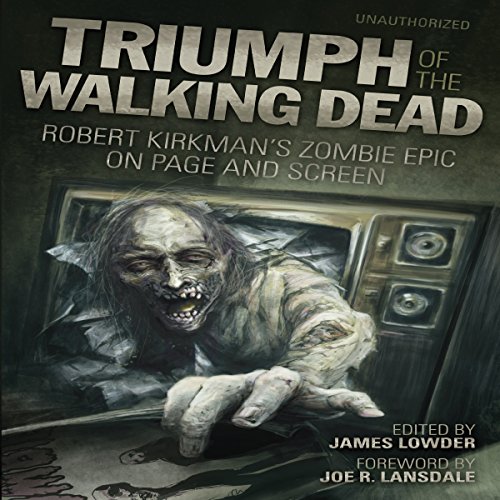 Triumph of the Walking Dead

James Lowder, veteran editor and author in the horror genre and comics field, collects some of the biggest names in the zombie genre, along with other top horror and comics writers, to discuss the series on both page and screen.

What listeners say about Triumph of the Walking Dead

Not much to say. A few of the essays are interesting but most just fall flat. The reader who I suspect as far more potential than these essays allow him to show, is okay. Worth your time if it is a free option but don't waste a credit or a dollar on it. Unless you are a rabid fan and just have to have everything Zombie. World War Z and We're Alive Lock Down would be better choices.