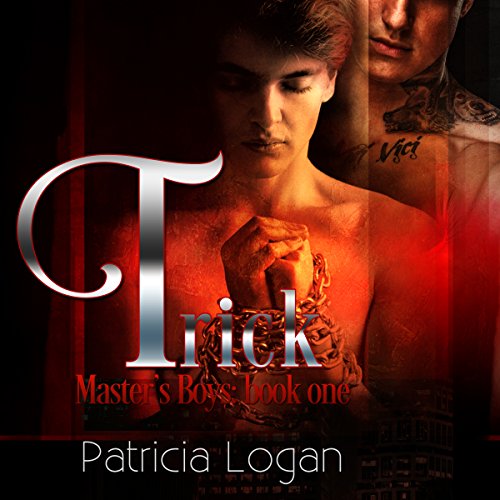 By: Patricia Logan
Narrated by: Peter B. Brooke

Wade is a throwaway, forced into prostitution at 14 and living on the mean streets of Los Angeles. Nearly four years later, and now calling himself Trick, he's still struggling to survive. While huddled in a doorway on a cold, rainy morning, he thanks his lucky stars when an expensive Mercedes pulls up and rolls down a window.

When Trick begins to fall for his big Dom, Phoenix is forced to tell him that this is only play. The resulting fallout will shake Phoenix to his very core. Is this chance encounter doomed for failure, or can the two men find a balance?

I loved Phoenix and Wade equally. I loved how compassionate and love Phoenix is and how he wanted to take care of Wade. I loved how sweet Wade was.

The ending was my favorite. I loved that Phoenix found and rescued Wade again and that Phoenix told Wade he wanted to take him home.

The chemistry between the characters was hot!! I can't wait for more!!

Could have been better.

Good story, but not to please with narration,
The love scenes did not translate well to audio.
Not much of Romance.