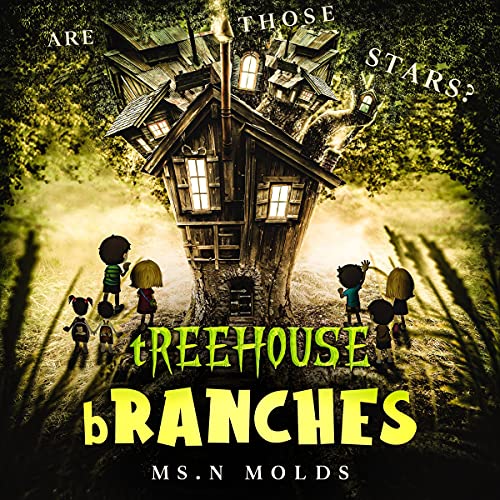 Treehouse branches are a series of horror stories told by a witch to kids, whose lives are in great need of fun. A witch who is super beautiful to them all with a mole on her nose. Her true appearance only shows in the sunlight for which she looks like the town's old widow lady of anger and heartbreak. She finds joy in her little friends only. Her being a witch, she likes no one. At night, she barely shows herself, for it's storytelling hours for her. She is 2000 years old.

The treehouse is a magic treehouse. Looks like a treehouse to the public and all other children. The treehouse is alive, and only welcomes her chosen friends. There, they go sit and listen to scary stories told by a 2000-year-old witch.

What listeners say about Treehouse Branches