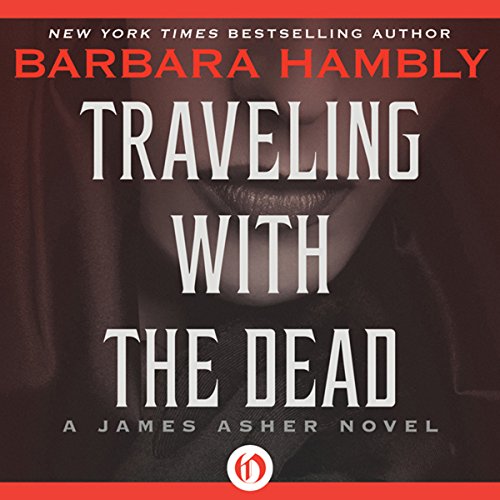 Traveling with the Dead

After a career spying for Queen Victoria, James Asher enjoyed a quiet retirement until he met the vampire Don Simon, an immortal Spaniard who taught him about the secret society of bloodsucking undead.

Now, one of the vampires, the Earl of Ernchester, has turned his back on Britain. When Asher spots him boarding a train for Paris in the company of an Austrian spy, he springs into action. If the immortals can forge an alliance with England’s enemies, then the Empire is doomed. Asher tails the Earl to Paris and across the continent, plunging into the heart of a terrifying conspiracy of the undead - with the fate of the British Empire at stake.

What listeners say about Traveling with the Dead

Not as good as book 1

Another interesting twist on the vampire story. Lots of rich history and details but the story line was not as easy to follow.

The performance was outstanding and well read and kept me engaged even when I got lost in the story itself.

Good, but not as good as the first.

Narration was very good. Worth a listen just for that but parts of the story are very frustrating.

I wish she expanded this series, as it is one of her best works. good choice of narrator.

the second in the series. best to read in order.. highly recommend..the narration is excellent

Ending was the best

Really enjoed Ysidro's sonnet. The narrator was amazing, as usual.
The story was good, better than the first one, but I fellt the story was jumping a bit too much between the two POVs.