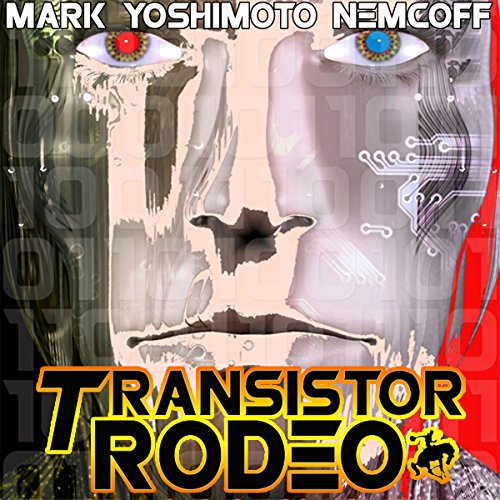 Bigger than the Super Bowl and World Cup combined! Transistor Rodeo, the world's first all-robot rodeo, travels to Hollywood, making its grand debut in a televised spectacle seen around the globe. But when a city-wide power failure causes a massive blackout in L.A., dozens of robot cowboys and android animals - including a life-size mechanical T-Rex - escape into the night!

Now it's up to Cal Carpenter, a washed-up former rodeo star and his young son, Dean, to round up all the runaway robots before something very terrible happens. But when Cal and Dean get separated in the middle of a blacked-out city far from home and the robots' behavior takes a sinister turn, one dad has very little time to save both his boy and the entire city of Los Angeles.

Author's note: Transistor Rodeo is a heartfelt adventure about a dad trying to do what's best for his son while redeeming the mess he's made of his life. At its core, it's a book about what it takes to "be a man". If you love pulse-pounding action, if you love robots, and especially if you love the idea of a robot T-Rex wrecking the city of L.A. you're going to absolutely love this book. This is a book that I think every dad and son should listen to together.

"For fiction that reads like a bloody summer blockbuster and makes you move in your chair like a first-person shooter, look no father than Mark Yoshimoto Nemcoff." (Scott Sigler, New York Times best-selling author)

Would you listen to Transistor Rodeo again? Why?

It was a great story, but no, I wouldn't listen to it again. I had a hard time tuning out the music/rhythmic background track in order to concentrate on the storyline. The author did a great job with the narration...just wish he would have left out his music track...very distracting.