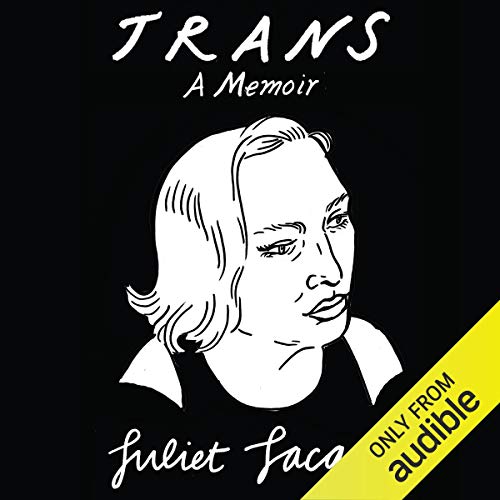 In July 2012, aged 30, Juliet Jacques underwent sex reassignment surgery and felt for the first time that her body matched the person she felt she had been since childhood.

Through university and then in a series of dead end clerical jobs, Jacques felt out of place with her surroundings and with who she really was. Living in Brighton, trying to launch a career as a writer, she navigates the hostilities and misunderstandings of growing up in a time when the mainstream media - and even feminism - fail to acknowledge transgender identity. Yet through films, music, politics and football, she begins to find herself and starts the process of transition - and life beyond.

Throughout her memoir, Jacques interweaves the narrative with powerful explorations of many of the major debates surrounding trans: the uses of life writing, the relationship with feminism, and the before and after images that illustrated so many articles and documentaries.

"Brutally honest and funny." (Marie Claire)
"An honest, articulate account of one life so far." ( Guardian)

What listeners say about Trans

I really liked the book it was very interesting! The author is an amazing writer.

juliet gives such an honest an open account into her life and transition...thank you for sharing it with us!

I think it's important to say straight off that I didn't finish this book. I was really interested in this as a subject matter and looked forward to hearing a first hand story of someone who has been through this. I made it about 90 minutes in before I gave up. There was no sense of her personality coming through. It started off well but quickly became impersonal and dull. The author's personality just didn't come through in the way it usually does in an autobiography. I guessing it was ghost written and, as such, I would attribute this to a lazy process of getting this story on paper. It was such a shame as I felt this was an important story to tell.

I found far too much about personal fashion tastes, and enthusiasm for unknown esoteric music. Still trying to understand if this was intended to be proof of spiritual femaleness - if so, bad - or just self indulgence.
Binary is great for computers, not for human beings, and intolerance is vile all round.
No sensationalism, thank God, or trite phrases. Hope there'll be a follow up when life settles down.

This much needed memoir is in part the true life story of transgender experiences, warts and all, and part academic study of transgender history. Rebecca Root is a fabulous story teller, bringing the people and experiences to life, making it easy to listen to.
This has added to my knowledge, understanding, and empathy to help question and respond to the transphobia that is still very prevalent in our media and culture. Thank you for writing, this is an important piece of trans literature accessible to all.

couldn't tell what this is supposed to be about

non stop self absorbed drivel, I thought it might include some insights into the trans experience, but if it does, I must have slept through them. It's just someone going on and on about what music and clubs they like, etc. The narrator is annoying too, I've never heard such and empty voice.

I have to agree with the other reviews, the author's personality just doesn't come through. I share many of her music and film tastes but the endless lists of such are just dull and never explicate anything about her thoughts and feelings. The book is not without insights into Trans life and the horrible abuses that the ignorant subject her too, but a more intimate acquaintance with the authors character would deepen a reader's engagement with this beyond political outrage. Certainly Juliet does not owe us access to her feelings and thoughts and little wonder she feels the need to protect herself but a memoir seems an odd choice if you are going to adopt this position. Perhaps the book doesn't work well because Juliet is,by her own admission, at odds with the form. Like many readers I came to this to try and 'understand' trans peoples experience but what Juliet teaches us is that we cannot without living it and trans people are sick of constantly having to explain themselves. That's an important point but ultimately for a variety of reasons this book is just not very well written which is a shame as I've enjoyed her work in other areas.

I decided to read this in attempt to understand the trans community and gain insight into how life is for them. The book was unsatisfactory because it eventually bored me. Relating verbatim consultations with clinicians and phone calls to and fro seemed like padding the book out. I was bored by too much discussion of clothing and music groups. Descriptions of trying on tee shirts and clothes for suitability is not interesting. The personality of the author just didn't come through.