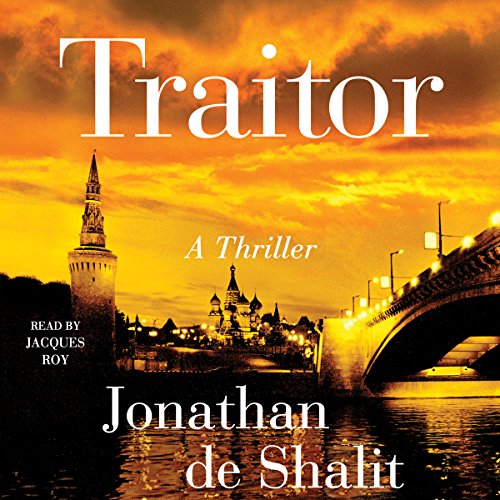 In the exhilarating tradition of I Am Pilgrim comes a sprawling, international high-stakes thriller that pits the intelligence of one man against one of the most successful spies ever to operate against American interests.

When a young Israeli walks into an American embassy and offers to betray his country for money and power, he has no idea that the CIA agent interviewing him is a Russian mole. Years later, the Israeli has risen in the ranks to become a trusted advisor to Israel's prime minister, and throughout his career, he's been forced to share everything with the Kremlin. Now, however, a hint that there may be a traitor in the highest realms of power has slipped out, and a top-secret team is put together to hunt for him. The chase leads the team from the streets of Tel Aviv to deep inside the Russian zone and, finally, to the United States, where a most unique spymaster is revealed. The final showdown - between the traitor and the betrayed - can be resolved only by an act of utter treachery that could have far-reaching and devastating consequences.

What listeners say about Traitor

The special intelligence team sets out to investigate...and boy are they lucky! First clues (which require giant leaps of faith) pay off. Disgruntled ex-spies talk (more than once).....The writing wasn't terrible, but the author was a tad lazy when explaining how the puzzle pieces came together.

This book is fractured

The book has several smalls stories that just never seem to go any where and then when you to the point where the book book should have some action it just fizzles out.

This far-fetched story strained credulity at every turn..

The conclusion was completely outside the arc of the story... whose sole purpose appeared to be a tee-up for a sequel.
The characters’ back stories were either shallow, redundant or non-existent.

This was an immensely disappointing listen.

Brilliant and subtle, almost nothing in it is like anything else, hard to put down, the kind of book you wish wouldn’t end. Till the next one!

Brilliant concept that never gets off the ground in any meaningful way and an ending that made me feel my time was wasted.