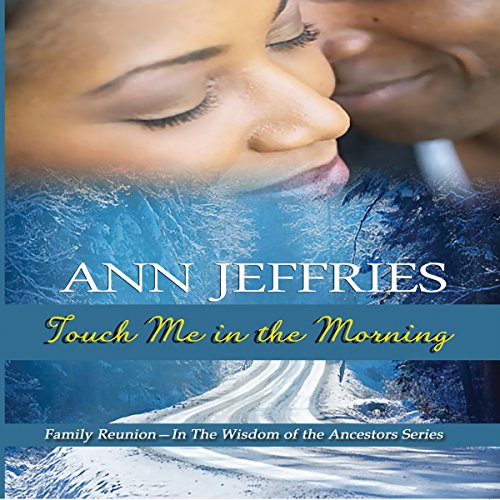 Touch Me in the Morning: Family Reunion

In Summer County, South Carolina, Satarah Whitfield, head emergency room nurse, battles to save the lives of countless accident victims of a record-breaking blizzard. She did not have time to think about her husband's and sister's betrayal when they absconded with every dime she had and the only family car, leaving their twin boys behind for her to raise.

For one patient, a young boy whose name she did not even know, she risks her career to save his life by performing an unauthorized surgery that, if it goes wrong, could land her in prison. She only hopes that, if her own missing son needed extreme measures taken to save his life, someone would step up to save him.

In Richmond, Virginia, firefighter, Deputy Battalion Chief, Douglas Johnson, is battling to save his career after giving testimony in court against his fire department for malfeasance. That would be enough pressure to contend with, but his young, defiant adopted son is driving him to distraction with his preteen angst. If Doug's wife hadn't committed suicide, perhaps he would not feel like throwing in the towel.

When the chips were down, neither Satarah nor Douglas have been quitters. So when Douglas learns that his boy was in a near fatal school bus accident on his way to Walt Disney World, a trip that Douglas knew nothing about, his fear for his son's life chases him to a South Carolina community he has never heard of and to a woman the likes of which he had never met. When these two bruised but not broken people come together, they battle together to save their future.

What listeners say about Touch Me in the Morning: Family Reunion

Kind of slow and a lot of information to digest but a good story. I was disappointed that the book leaves you hanging in the end with no follow up story to find out what happened with the ex, Douglas and Sateerah (unsure of spelling). This was my first Ann Jeffries novel so I was unaware that this was actually book 10 in the series. I was hoping book 11 picked up where this one left off but no such luck. Hopefully there will be a follow up story to this book.