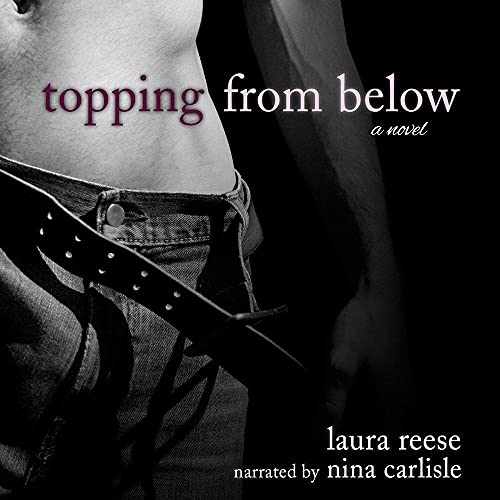 Successful, attractive, and in control, Nora seemed so different from her shy, terribly vulnerable younger sister. Grieving for Franny, Nora reads her diary and is stunned when it reveals a secret sadomasochistic affair with a mysterious professor known only as M. Nora vows to seek justice for the sister she never really knew and undertakes a daring scheme to seduce this lethal and manipulative man in the hope of uncovering information about the murder. Instead, she finds herself in thrall to his bizarre sexual magnetism, trapped in a passion so dark and perverse, and yet so compelling, that she is willing to risk her life. And she is in danger, although it may be from someone much closer to her than M., someone so close she might not see it until it is too late. With an ending as startling as it is haunting, Topping From Below is unlike any book you’ve ever listened to. Ever.

What listeners say about Topping From Below

Wow! Totally haunted me after it was over.

This book is like a train wreck and you just can't look away. It has an ending that just sticks with you and leaves you thinking back to it. Reese has to be a heck of a writer to take such disgusting disturbing scenes and make you want to read more. I have only read one other author to have that ability and that is Megan Hart, both can make you think back to their work. This not a book for the faint of heart, it has VERY dark elements of BDSM. The narrator is kind of weak but tolerable.

What made the experience of listening to Topping From Below the most enjoyable?

Really worth the listen ! Great ending!!

Crazy ending. Eye for an eye.

I Want My Money Back

This one did leave you wondering until the end who killed Nors's sister Franny. It has some pretty rough sexual scenes but not the "hot steamy" type. It wasn't one of those books that enthralled me and it's not one I'd care to listen to again. Just a somewhat average listen.So my advice would be to use your credit on something else.

I splurged on this book because the reviews sounded great... I was disappointed. The narrators voice was monotone during the entire book. I found it a quite boring and it was not until the very end that the big twist came and was more entertained . I am sad I spent the money.

The audio on this is absolutely awful.

I read this story years ago and while it’s a dark sadistic intensely sad story it’s is story that evokes real emotions throughout.

I decided to pick up this audible copy so I can keep a copy around that my daughter wouldn’t be able to get into .

The narration on this is embarrassing bad , the narrator, producer and audible should be ashamed of themselves .

Several parts repeat either words or whole phrases , corrections are done in audio and you can tell every single break that the narrator took by the drastic change in quality and voice at one point I was convinced it was a whole new narrator AND by the repeats .

It was not uncommon to be at a point have the audio break than the narrator come back with a brand new voice and reread the last few lines before the break ... this did not happen once but multiple multiple times .

Truly a appalling piece of work

This is a well written/narrated not for the faint of heart story about a reporter trying to find out who and how her sister was killed while learning things about her she was too busy or self involved to notice or see. Some themes are perhaps over the top for many but needed in an obscure way to ultimately bring the mc back to sensibility and also reveal the resolution to the quest of finding who done it. There are controversial/objectionable subjects covered in this story and this story is rated on on its overall merit.

Narrator Nina carlisle is a real person?? prob not

If you could sum up Topping From Below in three words, what would they be?

Nora, she goes down the rabbit hole and goes deep. M is a very interesting character and dark.

Would you be willing to try another one of Nina Carlisle’s performances?

Not very much, she sounds mechanical like a computer and not like a human being reading the book with any vocal intonation or realism.

Entire book was amazing, gripping and you can't put the story down

really would prefer getting an audiobook read by a human.

This was a great listen... couldn't put it down. If you want the original 50 shades with a plot here it is... And don't forget to read Panic Snap!!!!

I love this book, I read it years ago when it came out, several times in fact. It’s tense whodunnit, the S&M to a naive teenager was exciting and startling.
I’ve searched for a while for this on kindle or audio book so I was very excited to use my last credit on it.
The realities, however were disappointing when I heard the mechanical performance of the narrator. At times, it felt as though Alexa were reading it to me in her bored “let’s get this over with” monotone voice. (I actually think Alexa or Siri would have enjoyed reading it more)!

Saying that, I still binge listened to it since it’s a decade or more since I last read it, and the story is still thought provoking and exciting.

Well worth a read, not so much a listen!

I enjoyed the basic premise of this story even if parts of it made me feel squeamish. however it sounds like it is being read by a robot and the editing is sketchy at best as there are several places where the narrator reads a line incorrectly and then again correctly