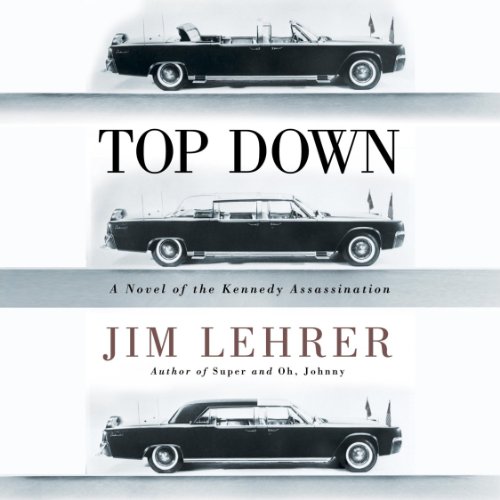 In a riveting novel rooted in one of American history's great "what ifs," Jim Lehrer tells the story of two men haunted by the events leading up to John F. Kennedy's assassination. November 22, 1963. As Air Force One touches down in Dallas, ambitious young newspaper reporter Jack Gilmore races to get the scoop on preparations for President Kennedy's motorcade. Will the bubble top on the presidential limousine be up or down? Down, according to veteran Secret Service agent Van Walters. The decision to leave the top down and expose JFK to fire from above will weigh on Van's conscience for decades. But will it also change the course of history?

Five years after the assassination, Jack gets an anguished phone call from Van's daughter Marti. Van Walters is ravaged by guilt, so convinced that his actions led to JFK's death that he has lost the will to live. In a desperate bid to deliver her father from his demons, Marti enlists Jack's help in a risky reenactment designed to prove once and for all what would have happened had the bubble top stayed in place on that grim November day. For Jack, it's a chance to break a once-in-a-lifetime story that could make his career. But for Van the stakes are even higher.

The outcome of a ballistics test conducted on the grounds of a secluded estate in upstate New York might just save his life - or push him over the edge. A historical audiobook with the beating heart of a thriller, Top Down could only have sprung from the fertile imagination of Jim Lehrer. Drawing on his own experience as an eyewitness to the events described, one of America's most respected journalists has crafted an engrossing story out of the emotional aftershocks of a national tragedy.

What listeners say about Top Down

Story is too superficial and lacks depth.

Have much respect for the author, but found this book to be waste of time.

Do you think Top Down needs a follow-up book? Why or why not?

The resolution of the main issue was too superficial.

Where does Top Down rank among all the audiobooks you’ve listened to so far?

Not sure on rank, but it's an excellent read.

The whole idea. I'm a buff on JFK.

A Cry For Help.