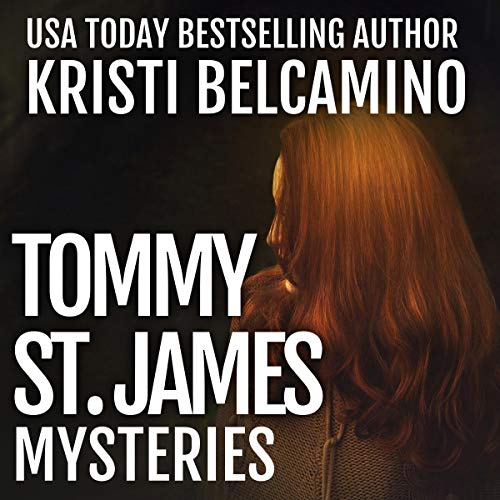 After work, all photojournalist Tommy St. James wants is to put her feet up, crack open a cold beer, and watch some good, old-fashioned baseball.

She has to deal with enough killers at work.

But a dark evil that begins along a trail of horrors along the border of Mexico soon has other plans that lead right to her doorstep.

Tommy finds herself at the center of a perverted plot involving some of the city's top dogs. It's up to her to avenge the innocent and make sure the powerful and evil men taking advantage of the most vulnerable are punished.

He is watching. And waiting. And thirsty for revenge.

The killer preys on people when they feel safest...during the day, on the phone, during a lunch time stroll....

When an unsuspecting jogger is yanked off a popular walking path and slain in broad daylight, photojournalist Tommy St. James taps into her police sources to help her newspaper investigate the slaying. But her efforts go terribly wrong and soon, St. James is the killer's target.

College boys are disappearing in Minneapolis, and later being found dead in the Mississippi River.

Police are ruling the deaths accidental. They say the boys got drunk and wandered off, either dying from a fall or hypothermia.

But the police are wrong.

And it's up to one Minneapolis photojournalist, Tommy St. James, to prove it.

But what she discovers is far worse than she ever imagined. If she doesn't stop him, more people will die and it is all because of her.

I enjoyed this series, the plot, and characters were great. You get to know the main ones, Kelly and Tommy, they attack a job whole heartedly. For Tommy she goes a lot by gut instinct, and occasional it is wrong. Even when told no, she is one to go ahead, a handful in trying to keep her in control. The story is a page turn from the beginning to find a body in an unusual place, to finding them in the river in the last.. Well done, and readers will enjoy these fast moving stories. The narration was good and added to the story. Given audio for my voluntary review

I loved these books. The narrator done a great job of bringing the characters to life.