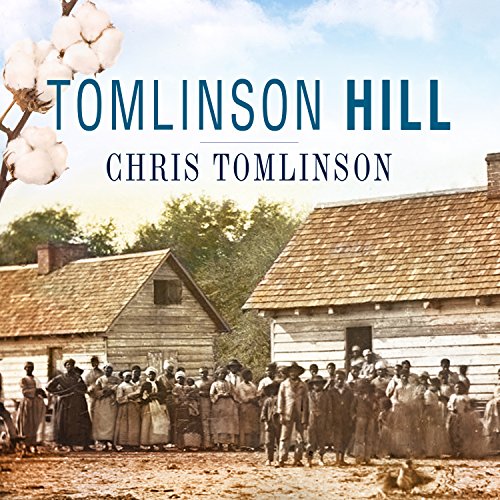 Journalist Chris Tomlinson grew up hearing stories about his family's abandoned cotton plantation in Falls County, Texas. Most of the tales lionized his white ancestors for pioneering along the Brazos River. His grandfather often said the family's slaves loved them so much that they also took Tomlinson as their last name.

LaDainian Tomlinson, football great and former running back for the San Diego Chargers, spent part of his childhood playing on the same land that his black ancestors had worked as slaves. As a child, LaDainian believed that the Hill was named after his family. Not until he was old enough to read a historical plaque did he realize that the Hill was named for his ancestor's slaveholders.

A masterpiece of authentic American history, Tomlinson Hill traces the true and very revealing story of these two families. From the beginning in 1854 - when the first Tomlinson, a white woman, arrived - to 2007, when the last Tomlinson, LaDainian's father, left, the book unflinchingly explores the history of race and bigotry in Texas. Along the way, it also manages to disclose a great many untruths that are latent in the unsettling and complex story of America.

"A personal, unvarnished look at race in America." ---Mark K. Updegrove, presidential historian and author of Baptism By Fire

What listeners say about Tomlinson Hill

Marlin Texas...Shaded Greatness from the turn of the century and mid 1800.s

Living an hour from Marlin, TX I was called there to the 1St Methodist Church in 2019 for a HVAC service call. The church is as magnificent as it gets in rural Texas. The Italian Imported Stain Glass Windows are huge and the architects and craftsman of the era must have been the pride of Falls County. The Baptist Church is gorgeous as the Methodist Church. I accidentally went there first as I came into town.

Once I had completed my call and feeling the Holy Spirit running through me, I exited the building through the side door that leads to the office and walked around to the front. My emotions were running high due to my appreciation of fine wood working and especially those windows that seemed to pierce my very soul...as I made my way down the sidewalk I was moved. Moved as I saw this beautiful place of worship fall into disrepair and seeing all of the rif-raf that surrounds this awesome place. I literally wept and looked up the heavens and asked what did this town do to deserve to be in the situation it was in. Moved beyond words...

After driving the hour back to my office I called my wife and told her about my experience of the day. She too was moved.

I have not stopped talking about Marlin since my visit that day. I have a calling, I believe to save the town. Or at least find a way for the town to save itself. .

In my day I get to meet and chat with a bunch of people. I always bring up Marlin. This week as I went on and on about this place a gentleman asked me if I had ever heard this book called Tomlinson's Hill. I said no I haven't and his wife went to looking it up online I cant put it down...Love Marlin