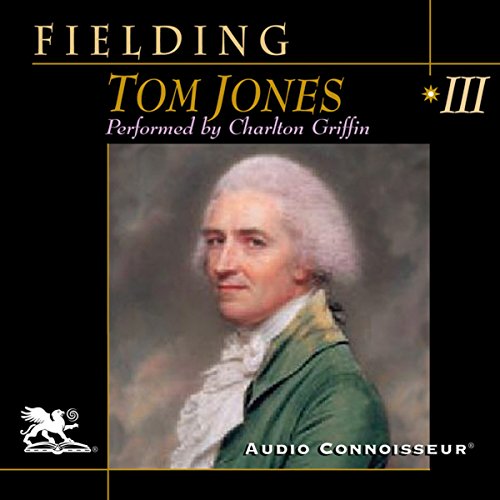 Tom Jones is greatly admired not only for the meticulous craft with which it was written, but also for its humor, objectivity, and penetrating psychological depth. It is without a doubt one of the great contributions to the English novel, and as such will always maintain a place of honor in world literature. Through the minute examination of the motives of his characters, Henry Fielding revealed many universal truths about human nature. That he could do so by employing the comic style of mock-heroic literature is all the more extraordinary.

In Volume 3, we find our hero in London. Everything now comes to a crescendo of furious activity and comic missteps. Tom actively pursues Sophia, whom he loves desperately. However, his feelings are misrepresented to her by the wiles of Lady Bellaston, who desires Tom for herself. As other incidents pile into the plot, Tom finds himself becoming ever more estranged from his beloved Sophia. And when Squire Western and Blifil arrive, things look bleak indeed. However, it is always darkest before the dawn, and all's well that ends well.

"Fielding is generally agreed to be an innovating master of the highest originality....He devised what he described as 'comic epics in prose', which are in effect the first modern novels in English....[Tom Jones] is generally regarded as Fielding's greatest." (The Concise Oxford Companion to English Literature)

A revolution in it's time to still charm 250 years later!

The story is so engaging that I entirely forgot it's age. Fielding's wit and sarcasm still bite and it would be a very dark heart indeed that is not entirely satisfied with the conclusion. It is well worth the many-hour listen!

(Knowing a smattering of Latin definitely enriches the humorous experience, though nothing is lost of the plot if you are an adamant disciple of living languages only.)

Story was slow and long, but ended well!

It depends on the friend. The great moments of humor and enlightenment were punctuations on a much more mundane text. I felt there was too much character development for some, and not enough to others.

Griffin did great, though I couldn't tell the Irish accented characters apart. A lot of emotion, and he pulled off timing on the comic parts perfectly.

Tom is probably like most people--easily influenced by passion yet putting on airs about being full of honor, trust, and dignity.