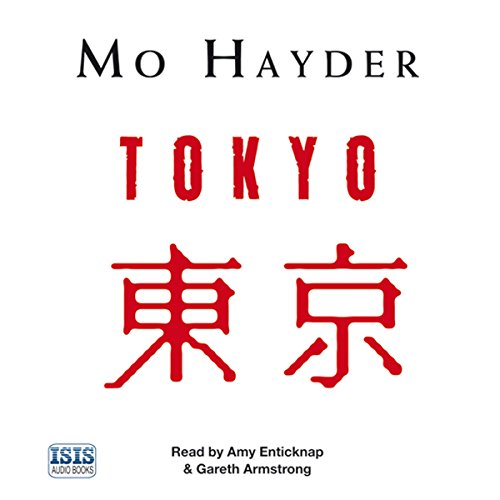 Grey Hutchins comes to Tokyo seeking answers to what happened during the Nanking Massacre in which, in one city, the Japanese Army killed up to 300,000 civilians. But she finds herself increasingly desperate and alone in a nightclub catering to Japanese businessmen.

One gangster dominates - an old man rumoured to rely on a powerful elixir for his continued wealth and well-being. It is an elixir that others want for themselves - at any price.

What listeners say about Tokyo

Having read the book I was curious as to how listening to it would sound. It was even better, the characters were brought to life brilliantly by the narrators. Especially Amy Enticknap.
5 stars all round

I had read good reviews about this thriller, but, sadly, it does not come up to expectations.
The first third of the novel grabs you, mostly because of the historical aspect it introduces and expands on. However, the plot develops far too slowly after that, even though it doesn’t take very long to guess culprits, victims and the horrifying facts that link them all. A much shorter book could have been a better one.

I have read most of Jo's other books and thoroughly them but this was a drag. Maybe it was because I didn't like the female voice but by the mid point I was desperate to get the end.