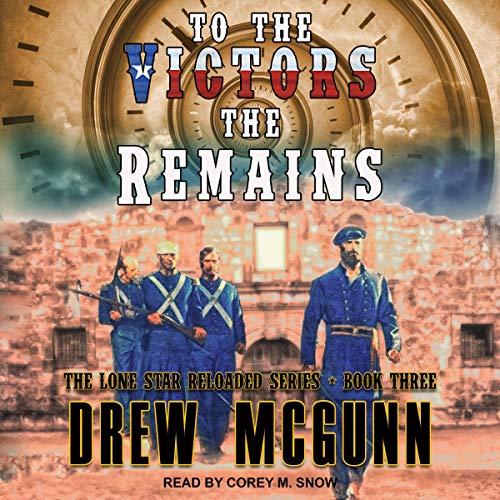 To the Victors the Remains

Six years after being stranded in the past, Will has survived the Alamo, brokered peace with the Comanche, and found love. Now he faces his greatest challenge yet.

Determined to enforce a treaty's boundary, the president orders Will and the army of the Republic of Texas to annex everything north of the Rio Grande, including Santa Fe. But the dictator, Santa Anna has returned to power in Mexico and he wants his country back - all of it.

Will faces an unwinnable situation; he is stranded hundreds of miles away from the Alamo when he uncovers plans for a Mexican invasion. Santa Anna's army is already on the march and only a few regulars, a handful of militia, and Will's family stand in his way. It will take a miracle to save his family and the Republic of Texas from Santa Anna's revenge.

What listeners say about To the Victors the Remains