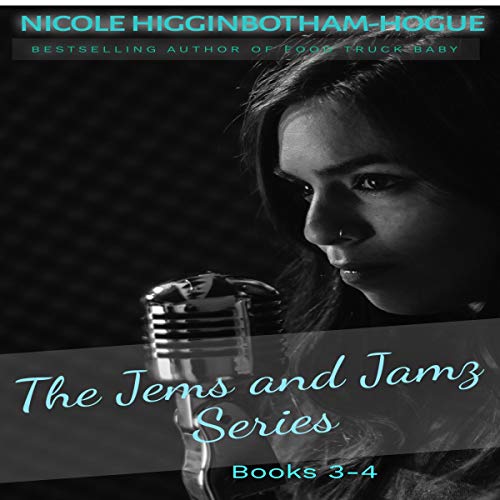 To the Beat of Their Own Drum/Finding a Voice (Jems and Jamz, Books 3-4)

To the Beat of Their Own Drum

Before becoming members of Jems and Jamz, Spike Bianchi and Jemma Rodriguez were just two lost individuals, trying to find their way in life. Find out how one trip to Texas changed the course of their lives and spurred the evolution of the band known as Jems and Jamz.

Ziggy Johnson has been through one of the worst years of her life, but when she is roomed with Lana Waverly, a pompous woman with no concept of empathy, things take a turn for the worst. Ziggy does her best to cope with her roommate's undesirable behavior, and in the process, she learns that there is much more to the other woman than she thought.

What listeners say about To the Beat of Their Own Drum/Finding a Voice (Jems and Jamz, Books 3-4)