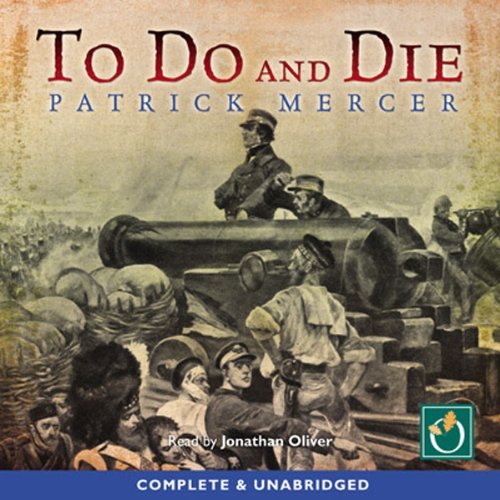 To Do and Die

To Do and Die

It is1854. War is imminent as the Western powers quarrel with Russia over the crumbling Ottoman Empire. Wanting to prove himself to his father, Official Tony Morgan is keen to set sail. The Morgan's chambermaid, Mary, whom Tony loves, has wed another officer and will accompany the regiment to the front as a nurse. Eager to prove himself a worthy leader, he finds himself shaken by the brutality of war. With his romantic longings for Mary revived, Tony faces dire conflict on the battlefield and off.

What listeners say about To Do and Die

What did you like most about To Do and Die?

I thoroughly enjoyed the story which held my attention all the way through, I listened mostly in the car and sometimes couldn't get out until a particular passage or chapter had reached the point I was prepared to leave it . Quite a few journeys flew by!

What does Jonathon Oliver bring to the story that you wouldn’t experience if you had only read the book?

The versatility of the narrator to handle a wide variety of accents gave the story greater authenticity.