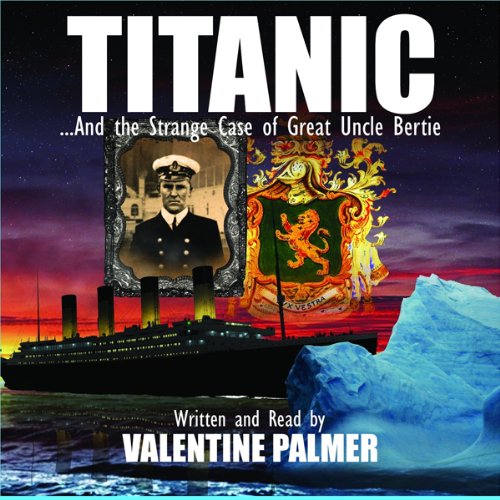 TV actor, producer, and screenwriter Valentine Palmer sets out to write the definitive account of the Titanic’s sinking. As the 100th anniversary of the fateful night approaches, Palmer follows up innumerable conflicting stories and theories that still, to this day, surround the doomed liner. Charles Herbert Lightoller, Palmer’s great uncle, was the highest-ranking surviving officer from the disaster.

It was only after the great man’s death in 1952 that his sister, Gertrude, Palmer’s eccentric grandmother, began to hint to her young grandson of the contradictory accounts of both her brother’s supposed heroism and his suspect testimonies at the investigations into the sinking. Palmer’s grandmother doesn’t accuse Joseph Bruce Ismay, managing director of the White Star Line, in so many words. Rather, she chooses to address her grandson in riddles, which have taken him a lifetime to interpret. This, Grandma Gertrude hints, is the man who made her brother "an offer he couldn’t refuse"!

In-depth research by a number of parties over the past 100 years reveals that something was not quite right about the testimonies of both Ismay and Lightoller. Britain’s preparation for possible war with Germany, tales of gold and priceless treasures aboard the doomed liner and a possible insurance fraud of unimaginable complexity are just some of the mysteries and possible conspiracies that Palmer seeks to shed new light on in this fascinating book.

With dogged determination he works his way through the revelations of his great aunt, Lightoller’s widow, and his maternal grandmother’s hints of cover-ups at the highest level. Palmer’s searches take him through the maze of conflicting testimonies and reported conversations from survivors. His task becomes ever more daunting as he sees the truth, like his great uncle’s honour, become increasingly shrouded in the mists of time.

What listeners say about Titanic