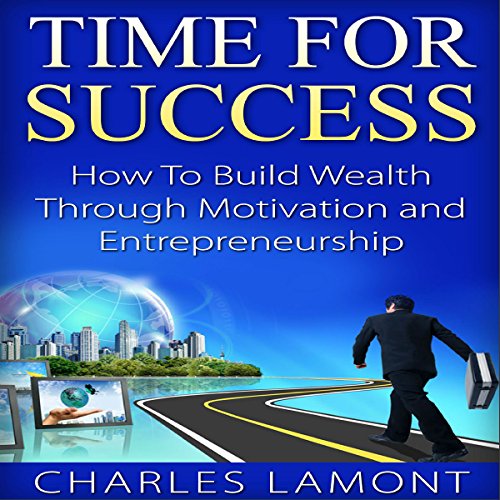 How to Build Wealth Through Motivation and Entrepreneurship
By: Charles Lamont
Narrated by: Bret Kennedy
Length: 48 mins
Categories: Health & Personal Development, General
4.0 out of 5 stars 4.0 (1 rating)

What would you do if I told you that you could easily build wealth? That's right! You can become a self-made millionaire, as long as you are fully motivated and are willing to work hard for it. Any individual, including yourself, is able to bring in a large amount of money and live the lifestyle he or she has always dreamed of.

Mind you, when I talk about being motivated, I'm not talking about wanting money - that's not true motivation. Every person out there wants more money, right? The difference between wanting money and being motivated by money involves the willingness to take the necessary actions in order to make it. You see, when an individual tells me that he or she wants more money, I notice he or she isn't willing to do the work that is needed. People want to live that lavish lifestyle, but they are not willing to wake up early and work late until the sun goes down. They want to put in as few hours as possible so that they can spend time at home or on vacations. Sure, that type of people can make money, but they aren't going to become multimillionaires.

If you are looking for secrets to becoming a multimillionaire without putting in a large amount of work, you have come to the wrong place...the wrong place on planet Earth, because there is no such thing as becoming a millionaire without hard work, unless you win the lottery. Becoming a millionaire is all about doing the jobs that others stay away from. It is about getting on airplanes, getting up early, staying up late, missing your family, and putting a lot of thought into your work. The more people you reach out to and serve, the more money you are going to make. The more people who benefit from the company you have created, the more money you will earn.

If you want money, you're never going to have it unless you're lucky. You have to be motivated enough to push yourself....

What listeners say about Time for Success