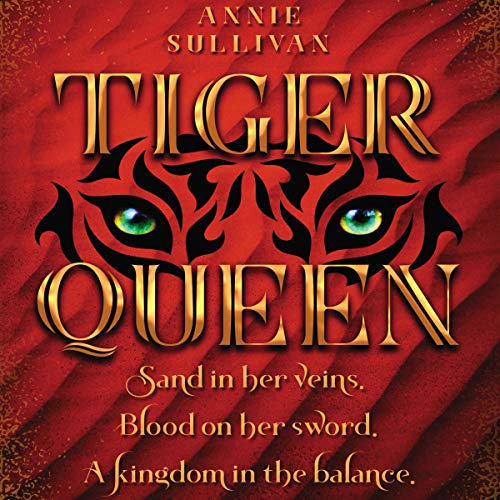 "Tiger Queen is a gorgeous, lush YA fiction.... Highly recommend for anyone looking for a beautifully crafted stand-alone book." (YA and Kids Book Central)

Kateri, an arrogant warrior princess, has to fight in the arena against her suitors to win her right to rule, and she is desperate to prove to her father that she is strong enough to take over his throne and rule the kingdom. But when she finds out her final opponent, she knows she cannot win. Kateri flees to the desert to train under the enemy she hates the most and the only one who might be able to give her a shot at winning. But what Kateri discovers in the desert twists her world - and her heart - upside-down. There in the sand, away from the comforts of the palace, Kateri’s perception of her father is challenged, and she discovers the truth about his treatment of her people. When she returns to the kingdom, the fate of the one she loves lies behind two doors in the arena - one door leads to happiness, and the other door releases the tiger.

Secrets, suitors, thieves, and a fierce princess await listeners in this YA fantasy re-telling.

"Sullivan (A Touch of Gold, 2018) retells Frank R. Stockton's short story 'The Lady, or the Tiger?,' expanding it into an exciting adventure that transports readers to a mythical kingdom filled with creatures and customs that will capture the interest of fantasy enthusiasts. Action, adventure, and a bit of romance blend well into a distinctive and exciting read." (Booklist)

"TIGER QUEEN is an engrossing retelling of the short story, 'the Lady, or The Tiger?' that really takes it above and beyond and hellip; Tiger Queen is a gorgeous, lush YA fiction that will hold a lot of appeal for fans of The Remnant Chronicles, The Girl of Fire and Thorns, and The Winner's Curse. Highly recommend for anyone look for a beautifully crafted stand-alone book." (YA and Kids Book Central)

What listeners say about Tiger Queen