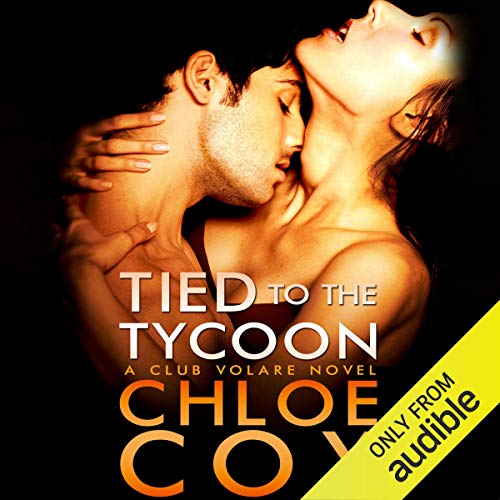 Tied to the Tycoon

Tied to the Tycoon

Ten years ago tech entrepreneur Jackson Reed broke Ava Barnett's heart. As best friends in college, they each had their reasons for keeping their relationship platonic, but when they finally let go and gave in to their desires, things were perfect for one night - and then Jackson screwed it all up. Since then he's never forgotten her, and she's tried her best to forget him.

Jackson has become one of the most sought after doms in the city, and Ava has pretended she's never had a submissive thought. Which suits Ava just fine: After a decade of failed dating in New York, she's decided she's done with getting her heart broken. But at a Club Volare engagement party, Jackson catches sight of the one who got away: Ava. One quick wager later, and Ava is massively in his debt. To pay it off, she agrees to be his submissive for one week.

Jackson Reed has spent 10 years becoming the man Ava Barnett deserves. They've been tied to each other all this time, whether she knows it or not. Now he's got one week to show her that she's the only woman he'll ever truly love - and the only one he wants.

What listeners say about Tied to the Tycoon

Verry good book, but I had questions at the end that were never answered... At one point it seemed like the girl was struggling with a deformity and that was why she was so withdrawn and always running. Then it appeared that she was abused when she was young. But it never was totally clear why she was so scared the past 10 years away from Jackson... It was still a fantastic book though, loved the narration.

could have been better

This story seemed bland and I am not sure if it was that it needed a male narrator for dom part or if it was really was the story just was to predictable. I do have a problem with strong male characters being read by a female voice

Narrator voice unfortunately ruined it for me

This female narrator voice is not sexy and too squeaky and pitchy - basically annoying for some reason to my ear. The story wasn’t bad but I had to stop listening.

I love this series of books and have read they all but I'm not going back to enjoy them again in audible. Love the characters and the setting. a wonderful second chance kinky romance.