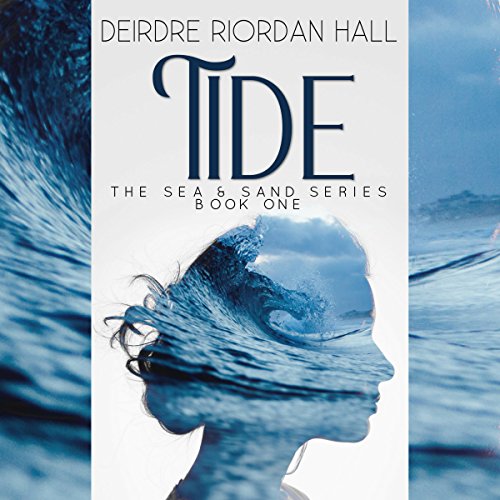 Tyler McColdrum has a bright future on the professional surfing circuit until his father tragically dies at sea. Unable to pay the bills, Tyler and his mother leave California and move to his late grandfather's cottage in Land's End, Maine - a world away from the life he's known. Not even the stormy Atlantic can douse Tyler's surf stoke, but when mariners go missing off the coast, legends as old as the sea itself suggest something lurks beneath the surface. As the police investigate, his friend Kiwa - the only female surfer for miles - indicates there's more to the McColdrum family history than blood and bone.

Amara is a beautiful mermaid, a mero, who wants a life on land away from her sinister sisters. As charming as mero are, with musical voices and a tempting gaze, they're also brutal and cruel, stealing the souls of sailors. As Initiation nears, Amara learns Poseidon selected her as consort and her desperation for freedom increases. When Tyler encounters Amara, he falls hard for her. The ocean is no longer safe for him, but he trusts their love can overcome her mero nature. As locals and officials wage war against the sea, trying to keep mariners safe, Tyler and Amara struggle with how to protect each other.

With one foot in the sand and the other in the sea, Tyler must choose love or the surf as the tide quickly rises.

What listeners say about Tide

As a grown up, have you ever had this crazy childlike fantasy that you know would be so much fun if it were real? Well my fascination is with anything to do with the sea, except for sharks. Mainly, I like mermaids. This book is a story I’ve been searching for that I never can find. It’s written for young adults but is great for old people like me too lol, it’s a lot of fantasy and a little bit of romance mixed in. There’s no swearing or sex so it’s safe for all ages. Even though it is for young adults, I didn’t feel like that was the case while reading. It’s about a guy In his last year of school. He is obsessed with surfing. His dad died at sea in a boating accident. They lived in California and his dad’s job involved being at sea. After the death, Tyler and his mom has to move to Maine in order to survive. He has an aunt there who is a little eccentric and a whole lot wise. Although the weather is cold, he still wears a wetsuit and surfs. He makes some great friends. Something is killing the people when they are surfing or out at sea. There are lots of myths and legends. And even a mysterious girl his age who befriends him when she is usually sort of a loner. Tyler is the youngest of 7 children and the only male. Little does he know, there’s a curse on his family. There’s hardly ever a male child born. It doesn’t take too many trips surfing, against his mother’s wishes because she doesn’t want to lose anyone else to the sea, to hear what maybe someone singing a beautiful song. And what is it he sees for a fraction of a second poke what looks like a head out of the water? When the waves go back down it’s disappeared just as quickly. Could the tales of mermaids, or meros as they are called, be true? His aunt seems to have a lot of the answers. As much as he feels he is part of the ocean, there’s a mero who feels she doesn’t belong there. Soon, they will meet. I listened to the audiobook. It was so amazing. At first, I didn’t know about the narrator. I think he was doing a female voice in the beginning. After a few minutes it switched to Tyler’s voice. Omgosh, this narrator has to have the sexiest voice. It’s like a man on a lazy day just waking up. In a good mood of course. If you like mermaids 🧜‍♀️ or tales of the sea, you will love this.

Tyler is not very happy to leave California for Maine, his parents home town. But they have to... All he wants to do is finish senior year and go back to California with the waves. But something weird is happening to all the surfers. Tyler being a surfer himself, might uncover what's really happening. I read this as an audiobook, and I wasn't to keen on the narrator. Though this is Tyler's point of view for most of the book, there were some parts that were in Amara's point of view. And it started with hers, and hearing a man's voice for a female character in the beginning really put me off cause I didn't know why it was like that. Besides that, I thought the emotions and accents could've been better... Anyway, as for the story, it was good. I like the world building here. It was nice to imagine Maine, I did feel I was there. And Amara's world was very dark and I quite like it. It's very understandable why she escaped. The pacing of the book was okay. It took almost half of the book for Tyler and Amara to meet. But I like the way Tyler's new life in Maine was discussed, because it makes you feel that time you were the new person in school with no one you know and he slowly finds his footing. I really wouldn't call this a romantic book. Definitely more of an adventure book. I just thought the romance happened too suddenly that I didn't know which part they fell in love. It was a good book though, I still want to see what's going to happen next in the series.

A great listen all in all

The narrator was quite good and able to make all the voices without getting annoying. The story was interesting although there clearly are some points that need to be tied up later on (and that’s why this is the first in a series, after all). I would recommend this book for the people who enjoy mermaid stories as this is exactly that.