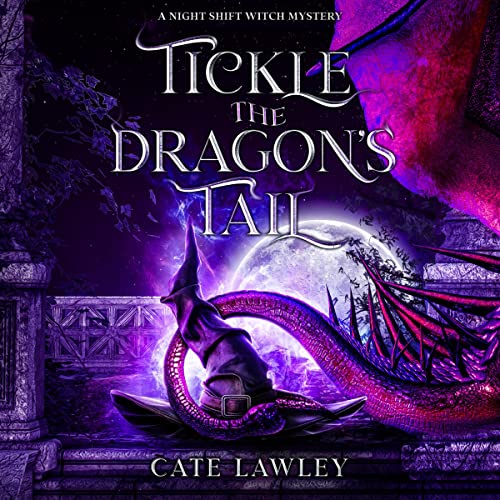 An influential vampire’s been fried. Who’s blamed when the corpse turns up crispy? Naturally, the only dragon in town.

Marge is a giant puppy of a reptile and not at all the murderous type, but she's the prime suspect. When Star finds out that the vampire horde is out for Marge’s blood, she has to act fast to prove her scaly friend’s innocence.

Join Star and Ben as they hunt down the true murderer in this humorous tale with a flirtatious dragon, a cranky feline, and a horde of fiendish vampires.

What listeners say about Tickle the Dragon's Tail

it is meant for a young teen. but the series is worth reading or listening to for all ages if you like G rated magic mysteries.