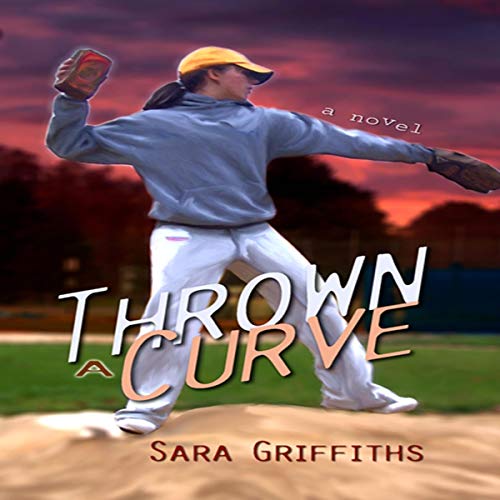 Maybe, she’s right to be miserable. A social misfit and mediocre student, she has never known her mother, and her father seems to hate her.

This is the life of Taylor Dresden, a freshman in a gritty New Jersey high school. The only pleasure she’s ever had was playing baseball. But at the age of eight, she stopped playing when she overheard her dad say how embarrassed he was that her athletic talent far exceeded her older brother’s.

A 14-year-old struggling to find her true self, Taylor commits a single incident of alcohol-induced vandalism at her new school and is suddenly branded a juvenile delinquent. Her guidance counselor, instead of pressing charges on the school’s behalf, offers her an alternate punishment: join the baseball team and talk regularly to him.

Forced to play baseball once again, Taylor continues to feel that life has thrown her a few too many curves. None of the boys want her on the team. No girls are friendly to her. Her dad ignores her. Her one friend complicates their relationship by becoming a possible love interest.

Eventually, after several baseball games and several sessions with her guidance counselor, Taylor begins to gain the self-confidence she needs to straighten out her life. She realizes she has real talent as a pitcher, especially with her killer curveball. She begins to accept the friendship of other girls. She starts to enjoy a romance with her best friend. She even attempts to improve the dreadful relationship she has with her distant dad.

Taylor’s story reflects the plight of every adolescent who’s struggled with self-worth and identity, with relational problems between parents and peers, and with finding a niche in an imperfect world. Though Taylor is no fairy-tale heroine, she gradually comes to know that no matter how many curves life throws at her, she’s quite capable of catching them and throwing them right back.

Sara Griffiths, a native of New Jersey, is an eighth grade teacher of language arts in South Orange, NJ. As a teacher at the South Orange Middle School, she’s been active in developing a language arts curriculum and producing the school’s musical. A graduate of Rutgers College, where she majored in psychology, she obtained her teaching certificate in language arts from the College of Saint Elizabeth.

Sara is also a certified NARHA (North American Riding for the Handicapped) therapeutic horse-back riding instructor and has seen the physical and mental benefits of involving children in sports. She is a member of the New Jersey Education Association, the Society of Children’s Book Writers and Illustrators, and the National Council of Teachers of English. She lives in Whitehouse Station, NJ, with her husband Jamie and their son Benjamin.

Thrown a Curve was her first published novel; its stand-alone sequel is Singled Out.

What listeners say about Thrown a Curve

I thoroughly enjoyed this book. I really got into the characters. It kept leaving me wanting to find out what would happen to them next. The main character, Taylor, is especially well developed and her behavior is totally in line with her past experiences. Her father is as well. We don't learn as much about the backgrounds of some of the other characters, but they are each unique and interesting.

The narrator has a great voice; I could listen to her for hours. She really makes the characters come alive and helps me to envision their frame of mind as they speak.

I love the story of a young, self-conscious, girl overcoming many obstacles to achieve success. This book has many emotional ups and downs, which adds sufficient tension to keep your attention. It also demonstrates the importance of mentors, even when they don’t seem like they are on your side. I enjoyed it as an adult reader, I would recommend it to youth readers as well. Kristin did a great job narrating this book. Her consistency with the characters, and tone inflections made it a pleasure to listen to.

I really enjoyed the story. I love happy endings. The narrator made it easy to listen, as I listened and thought Kristin Hilgart is truly THE best narrator ever. Simply superb!!