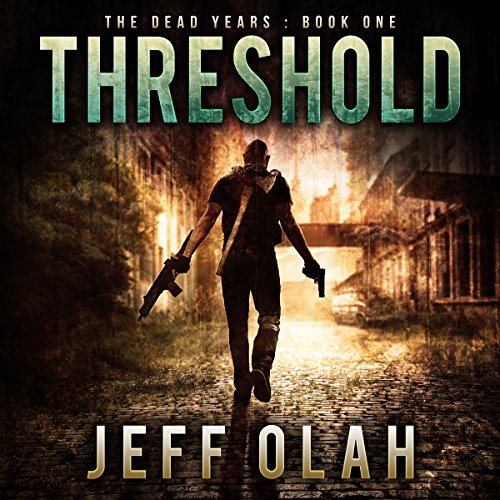 The end of the world was only the beginning.

Mason Thomas wasn't prepared when the devastation began that morning. No one was.

Six days ago, reports of a mysterious illness began surfacing around the globe. The infection took hold quickly and destroyed everything in its path. The infected were seen attacking and actually devouring their victims. Those unfortunate enough to be caught out in the open were the first to fall. Millions perished every hour.

The world was told not to panic, that there wasn't anything to worry about, that these were isolated events. This morning, as he fought to return to his family, Mason Thomas quickly realized that nothing was what it seemed, the world had been forever changed.

The Dead Years follows Mason Thomas, a separated husband and father of one, as he and a small group of survivors fight to stay alive at the end of the world.

Threshold is their story.

What listeners say about Threshold

There is a cliffhanger ending but this book is so interesting and exciting. It is full of action!

I had already read this book but found I really enjoyed the audio version as well.

Including The Prequel, I'm Buying the Third Book

I love this narrator. I mentioned in Book 0, that he sounds really weird at first, but he grows on you. His voice is strange sounding to begin with, then he draws out the vowel of every last word of a sentence and has a slight lilt to end the sentence. I have criticized other narrators for this same trait, but for this guy it works and for this type of story especially. He is sort of a male version of Anne Flosnik. Their styles are not the same, but it is the unique weirdness that makes it all come together. Flosnik is great for the fantasy works of Robin Hobb.

Olah is also a good writer. His characters are normal like you and me and they grow on you. I liked them and did not want anything to happen to them. Now, this is not a Zombie book. No where in the book is the word Zombie used. It is a Feeders book, because that sounds so much better? The high school kid Jason, does not know what to call creatures who used to be human, are reanimated and want to eat you. The newscasters also have no clue, so they call them Feeders. If you are Zombie addict like me, this Feeder book will fill that craving.

I Read Too Many Zombie Books

Better than average. Good plot, good characterization, and great narration. Only drawback is that the books are too short. However, I had a lot of fun with this one, and I plan to continue reading his novellas as long as they are as interesting as this one.

A great post apocalyptic story, very well narrated by Mark Westfield, a favourite narrator of mine. His narration keeps you gripped and listening.