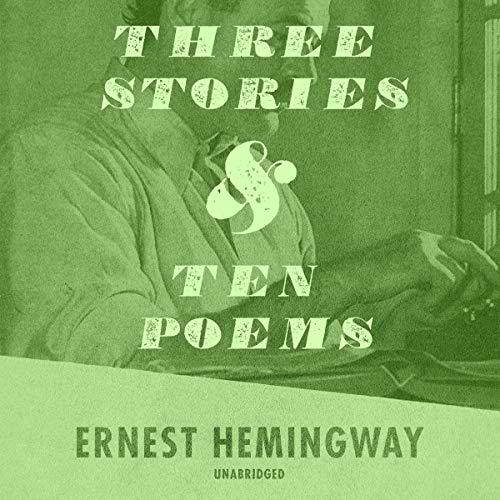 The stories and poems include:

Originally privately published in Paris, Three Stories and Ten Poems holds an interesting history. The three stories, “Up in Michigan", “Out of Season”, and “My Old Man”, were first seen in this collection, but “Up in Michigan” was banned and not considered publishable in America until 1938 because of its blatant sexuality. In addition, this original publication of the three stories is all that remains of Hemingway’s early works after his suitcase containing the originals was stolen.

What listeners say about Three Stories and Ten Poems