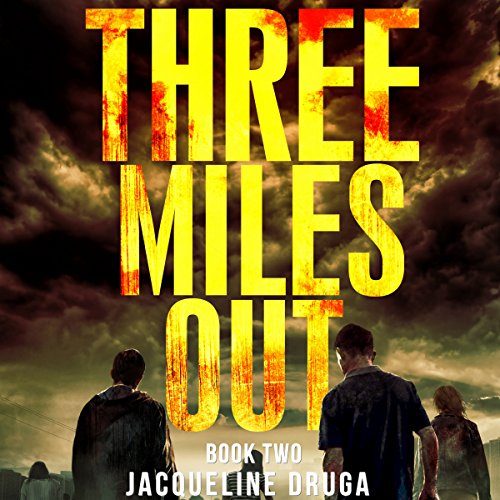 A global outbreak has brought humanity to the brink of extinction, and mankind fights an ongoing battle for survival.

When a group of American soldiers return home from deployment infected with a highly contagious pathogen, a massive outbreak is inevitable. The ground-zero incubation period is lengthy, and before it is even known that they are infected, the soldiers have already carried it to various cities across the United States.

The infection spreads like wildfire. While there are those who struggle to defeat it, each passing day seems like a lost cause.

Where there is life, there is hope.

Safe cities are built to preserve life while there are those who have not given up and fight for a cure.

Will their efforts be in vain?

Three Miles Out: Book Two is the second and final part of the duet. It follows those who survive and are immune in the aftermath of the outbreak.

Overall, the series had great character development and interesting concept. If you are fan of Druga's other books, you will like this series. The optimistic ending is quite refreshing! The narrator, Michael Johnson, was exceptional. He made me feel like I was there in the middle of the action. Hence, why audiobooks rock! He was the glue that kept the story going!

Loved all the characters, great story. Need more Three Miles Out, would love a part 3. #TeamBert